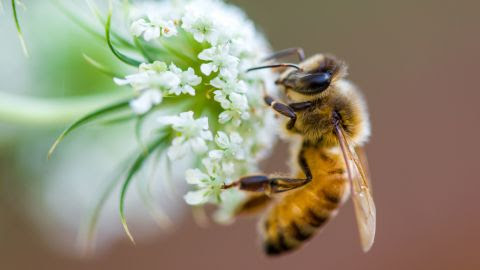 The United States Department of Agriculture has approved the first-ever vaccine for honeybees to prevent American foulbrood disease, a fatal bacterial disease that can destroy honeybee colonies, officials say.

The USDA told CNN that it issued a conditional vaccine license to Diamond Animal Health, the collaborating manufacturer for Dalan Animal Health, on December 29. The agency said that it was its “first licensure of a honeybee product.”

“We hope the availability of this product will aid in the prevention and/or treatment of the disease American Foulbrood in honeybees given their central role in American agriculture (e.g. pollination),” said the USDA in a statement shared over email.

The USDA’s Agricultural Research Service describes American foulbrood disease on its website as “one of the most widespread and the most destructive of the honey bee brood diseases.”

In a January 4 statement, Dalan Animal Health, which produced the vaccine, said that the primary treatment method for American foulbrood disease has been incinerating bees and infected hives, in addition to antibiotic treatment.

“This is an exciting step forward for beekeepers, as we rely on antibiotic treatment that has limited effectiveness and requires lots of time and energy to apply to our hives,” Trevor Tauzer, owner of Tauzer Apiaries and a board member of the California State Beekeepers Association, said in the release. “If we can prevent an infection in our hives, we can avoid costly treatments and focus our energy on other important elements of keeping our bees healthy.”

Dalan’s CEO, Annette Kleiser, called the vaccine “a breakthrough in protecting honeybees” in the statement.

“Global population growth and changing climates will increase the importance of honeybee pollination to secure our food supply,” said Kleiser in the statement. “We are ready to change how we care for insects, impacting food production on a global scale.”

Unlike traditional vaccines, the honeybee vaccine isn’t injected with a syringe. Instead, it’s mixed into “queen feed,” which the worker bees consume, according to Dalan’s statement. The worker bees incorporate the vaccine into royal jelly, which they feed to the queen bee. Once the queen bee has consumed the vaccine-laden royal jelly, “fragments of the vaccine are deposited in her ovaries,” says Dalan. Then the queen’s larvae will be born with immunity to the disease.

Dalan says that the vaccine will be available for purchase in the United States in 2023.