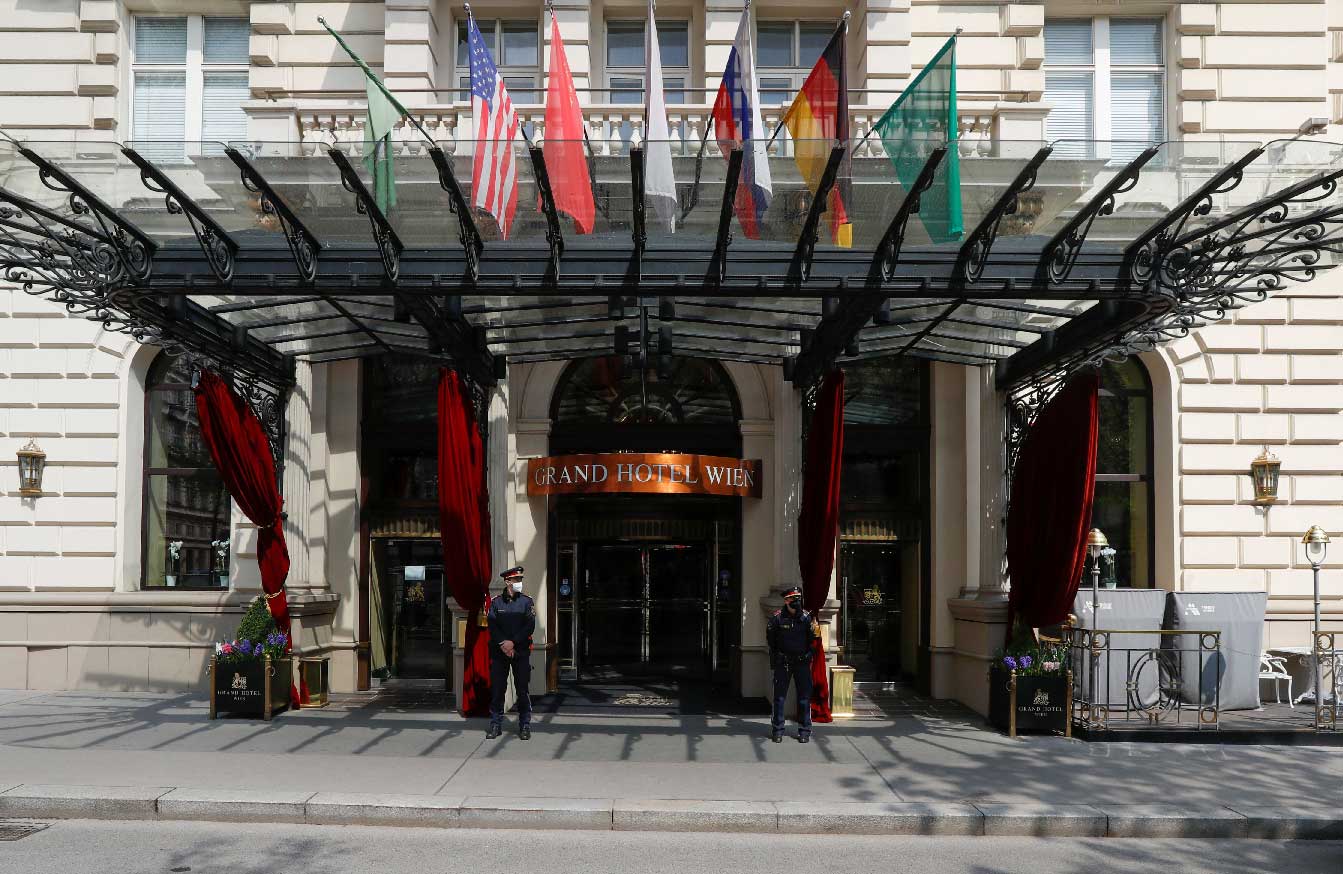 The update comes as the US and Iran completed their second round of indirect talks in Vienna on how to restore a nuclear accord, which Trump withdrew from in 2018. The agreement saw Tehran curtail its nuclear programme in exchange for relief from some sanctions.

Upon walking away from the deal, the Trump administration pursued a campaign of “maximum pressure” sanctions against Iran. Meanwhile, Iran has continued to violate provisions of the agreement, citing Washington’s withdrawal.“We have provided Iran with a number of examples of the kind of sanctions that we believe we would need to lift in order to come back into compliance and the sanctions that we believe we would not need to lift,” the US official told reporters late on Wednesday.

The official added that the US, through intermediaries, presented Iran with three baskets of sanctions: those it is prepared to lift, those it is not prepared to lift and those that will require further study to determine if they are in fact appropriate for relief under the nuclear deal.

The third category constitutes “difficult cases”, including sanctions the Trump administration appeared to reimpose “purely for the purpose of preventing” Biden from re-entering the deal, the official said.

The 2015 agreement – which also includes the United Kingdom, France, Germany, China, Russia and the European Union – allowed countries to continue to impose sanctions on Iran for non-nuclear reasons, such as “support for terrorism” and human rights abuses.

While many of the sanctions that Trump imposed on Iran were clearly related to the nuclear programme, others imposed on “terrorism” and “human rights” grounds are being reviewed to determine if they were legitimately related to those alleged abuses, or were also punishment for Iran’s nuclear activity, the official said.

The official said there are still “pretty important” disagreements over returning to the deal, adding the talks were expected to be a multi-round process.

‘Open to different kinds of sequencing’

Iran has pressed for the US to lift all sanctions imposed under Trump before it rolls back the steps it has taken away from the deal, however, the US official said Washington and Tehran have not yet gone into detail during the indirect talks on the question of who makes the first move.

“We’re open to different kinds of sequencing which meets our interest – which is to see both sides in full compliance,” the official said.

He declined to confirm a Wall Street Journal report that the Biden administration has voiced a willingness to ease sanctions on the Iranian finance and oil sectors.

The European parties to the agreement had last week expressed “grave concern” over Iran’s move to boost uranium enrichment to 60 percent purity in response to what Tehran says was an attack by Israel against the key nuclear facility of Natanz. Israel has neither confirmed nor denied its involvement.

The step will bring Iran closer to the 90 percent purity threshold for military use and shorten its potential “breakout time” to build an atomic bomb – a goal Tehran denies.

Nevertheless, Russia’s representative Mikhail Ulyanov said this week after a meeting of the deal’s so-called Joint Commission of senior officials from France, Germany, Britain, China and Iran that they had noted “with satisfaction the progress in negotiations to restore the nuclear deal”.

Iranian President Hassan Rouhani, for his part, has voiced optimism about the talks, saying that negotiations have made “60-70 percent progress”.