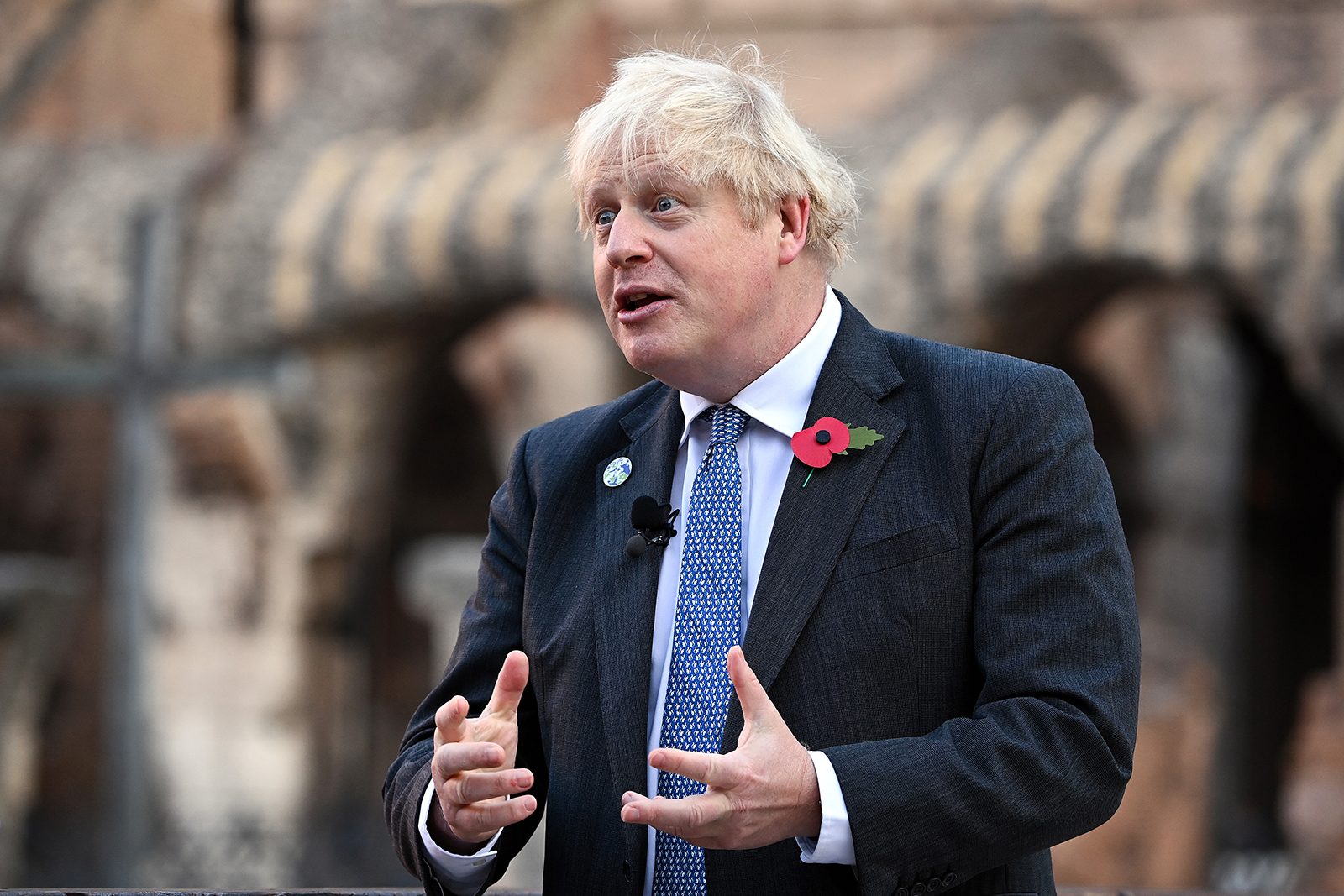 UK Prime Minister Boris Johnson believes “there is no chance of getting an agreement next week to limit climate change to 1.5 degrees,” he said during an interview with British broadcaster ITV on Saturday.

Johnson spoke to media outlets in Rome ahead of the G20 summit and answered questions on his hopes for the COP26 UN Climate Summit in Glasgow due to begin on Sunday.

“Where we stand today, there is no chance of stopping climate change next week,” Johnson said. “If everybody gets their act together, what we could do is get an agreement that means COP26 in Glasgow is a way station that allows us to end climate change and keep alive that dream of 1.5 degrees.”

Some context: Six years have passed since the landmark climate agreement in Paris that saw world leaders pledge to limit global temperature rise to 1.5 degrees Celsius.

“We have a moment now when we can try to take some of the nebulous commitments in Paris, solidify them into hard fast commitments to cut emissions, to cut use of coal and so on,” Johnson told ITV. “We want those leaders – more than a hundred of them – coming to our country really to focus on the commitments that they can make.”

Speaking inside the ruins of Rome’s ancient Coliseum, Johnson drew a comparison to the fall of the Roman Empire and the climate challenge facing the world today.

“You could not have a more vivid metaphor for the risks that humanity is running,” Johnson said. “The Romans thought that they were going to on forever, they thought their empire was going to flourish forever, and then, Wham!”

“The lesson is: things can go backwards,” he said. “Unless we halt that massive growth in temperatures, that’s the risk we run.”