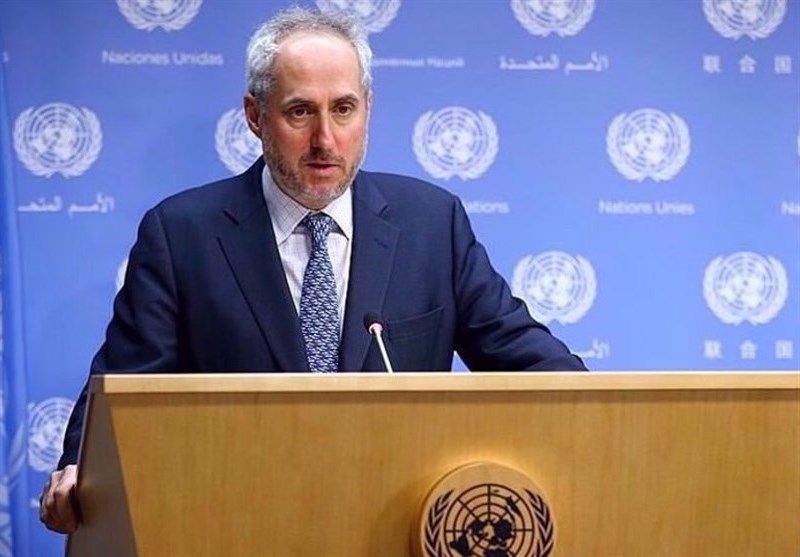 TEHRAN (Tasnim) – The United Nations deplored a lack of agreement between the Saudi-led coalition and Yemen’s Ansarullah resistance movement to extend the truce in the war-torn Arab country.

“It is disappointing to see that the two sides did not agree on new proposals to extend the ceasefire,” Stephane Dujarric, the spokesman of UN Secretary General António Guterres, said in a press conference at the UN headquarters in New York on Tuesday.

“However, negotiations are still ongoing and UN Special Envoy for Yemen, Hans Grundberg, continues to explore options that are acceptable to both sides.”

Dujarric called on both sides to maintain calm, refrain from any provocation or actions that may lead to escalation of violence, interact with each other and focus on completing the negotiations.

“Despite the UN’s disappointment with the current situation, we believe that this is not the end of the road and there is still time for the two sides to agree on the continuation of the ceasefire,” the UN spokesman underlined.

Back in April, a temporary United Nations-mediated ceasefire was reached between the warring sides in Yemen and was later renewed twice for two-month periods.

The truce, however, expired on Sunday amid the Saudi-led coalition’s constant violations of the agreement and its refusal to properly lift a siege that it has been enforcing against Yemen since the beginning of the war.

Mohammed Abdul-Salam, the spokesman of Yemen’s Ansarullah resistance movement, censured the aggressor coalition for failing to renew the UN-brokered truce deal and deteriorating the humanitarian crisis in the impoverished Arab country.

Saudi Arabia launched the devastating war on Yemen in March 2015 in collaboration with its Arab allies and with arms and logistics support from the US and other Western states.

The objective was to reinstall the Riyadh-friendly regime of Abd Rabbuh Mansour Hadi and crush the popular Ansarullah resistance movement, which has been running state affairs in the absence of a functional government in Yemen.

While the Saudi-led coalition has failed to meet any of its objectives, the war has killed hundreds of thousands of Yemenis and spawned the world’s worst humanitarian crisis.