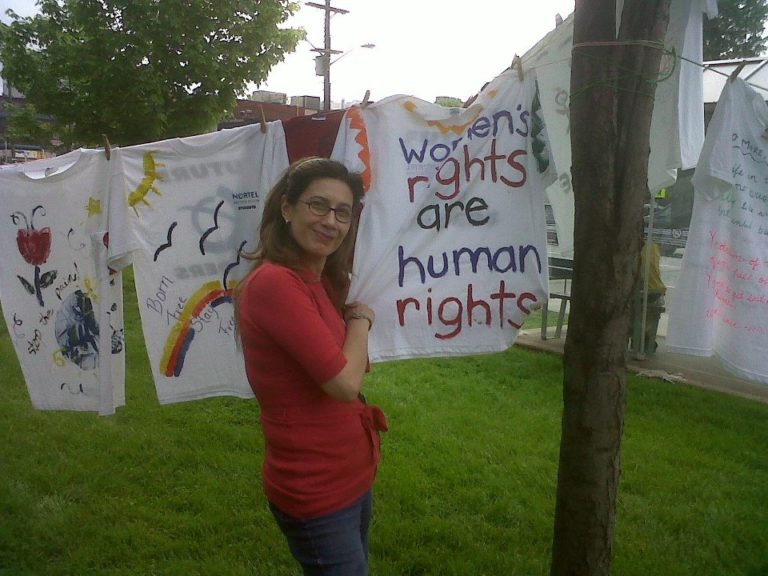 Once Again, the UN Appoints Islamic Republic in Iran to Judge Women’s Rights Complaints. Yesterday, the anti women’s rights Islamic Republic in Iran won 43 votes in a secret ballot at the UN’s 54-nation Economic and Social Council (ECOSOC). According to UN Watch at least four of the 15 EU and Western Group democracies on ECOSOC—which include Canada (which pretends to be a “feminist” state), Australia, Austria, Bulgaria, Finland, France, Germany, Latvia, Luxembourg, Netherlands, Norway, Swiss, the UK, Portugal, and the USA—voted for the Islamic Republic in Iran.

History will not be kind to Western “Democracy” which supports tyranny.

Over the last 42 years, women in Iran have been demanding changes to repressive laws created as a result of the Islamic “Revolution” that transpired in the late 1970s. The law is particularly repressive for women. The Islamic Republic in occupied Iran unfairly targeted women from its inception. The early signs of repression and subjugation of women began with statements like, “female hair has evil energy which drives men to violate the sanctity of women.” This particular comment was made by a member of the High Council of the Revolution who became the first President of the Islamic Republic in Iran (IRI). Driven by this fallacy, the Regime began forcing the veil upon women.

From the beginning, women resisted the Islamic Regime’s introduction of Sharia Law: a medieval and barbaric legal framework that is incompatible with modern values and basic human rights.

Law that values the testimony of women as half the testimony of men. Law that punishes, even with death, a female rape victim, but lets a male rapist go free. Law that forces a woman to cover most of her body, including her head, so not to cause a man to lose self-control of his sexual faculties. Law that gives men absolute control and the right to have four ‘permanent’ wives and an unlimited number of ‘temporary’ wives. Shariah law never ceases its discrimination. According to the findings of the UN Special Rapporteur Coomaraswamy (U.N. DocE/CN.4/2002/83), the IRI criminal justice system discriminates reprehensibly against women. For example, if a man finds his wife unfaithful in marriage, he is permitted to execute her. However, the same legal system will execute a woman who murders her husband if she found him cheating on her.

It is law that sets the legal age [of maturity] at 13 years of age for girls and 15 years for boys. Thirteen-year-old little girls can be married off to men a number of decades their senior with merely the consent of her male guardian, as provided by Article 1041 of the IRI Civil Code. Law that allows a girl to only receive half of the inheritance a boy receives, and the inheritance that a wife receives from her husband which is even less than [half]. A 16-year-old girl named Atefah Sahaaleh was hanged for having had sexual relations with a 50-year-old married taxi-driver.

Under IRI law, the cheating husband should be executed by the reprehensible act of stoning; however, he was not punished. Instead, this 16-year-old girl was executed in the early hours of the morning, murdered by the IRI State. Such laws cannot be condoned by women who, by official counts, occupy 70% of the university seats in Iran.In protest of these laws, and in search of finding ways to change discriminatory laws, a campaign was launched called the “One Million Signatures Campaign”. The members aimed to gather signatures from regular men and women in the streets. They went door to door to create discussions on the discriminatory laws. They intended to hand the signatures over to the Parliament in Iran. However, they paid a very costly price for this campaign. The consequences were arrests, court summons, convictions, travel bans, five years imprisonment, and the lashes of the misogynist’s whip.

I was imprisoned as a teenager in Iran’s most notorious Evin prison and paid the price for not accepting the Sharia Law which was enforced by the occupying Islamic regime. The treatment in prison is grossly inhumane. The Islamic Regime in Iran, to this day, jails mothers with their toddlers. I personally saw children growing up inside prisons while I was jailed at Evin and Ghezelhesar as a teenager.

These children often accompanied their mothers into interrogation rooms where they witnessed their torture. The torture was physical, emotional, and mental. When a mother was executed, the needs of the child were left to the care of other female prisoners. Day and night the prison hallways were constantly filled with the terrifying screams and cries of prisoners under interrogation. Fellow prisoners could not escape these sounds.

Imagine hearing the whip of lashes inflicted with thick electrical cables, cries as nails are torn from fingers, the anguish from electrocution, and the burning of body parts. One cannot get the smell of rotting burning flesh out of the nose.

I remember that during these horrific interrogations, no prisoner knew how to answer questions, and no matter what answer was given, the torture did not stop. Answering yes to a question would agitate and anger the interrogators, denying involvement in activities that led to the arrest would increase their anger even more.

Rape and gang-rape by prison guards and interrogators is a common practice in the Islamic Republic of Iran’s prisons. The Boroumand Foundation documented the case of a young prisoner by the name of Sara. Despite being tortured and raped repeatedly over forty times, Sara never did confess to the whereabouts of her brother, but she was left with the memories of what was done to her. In Iranian prisons, it is common for young girls and virgins to be raped, even as a final indignity right before being executed. This is the horrible reality that many women, including many young women, live with every single day in the prisons of Iran.

A disturbing finding of a U.N. Report on the Economic and Social Council, 6 Nov. 1990 (Doc.A/45/697), was that virgin women condemned to death were forcibly married to officials on the eve of their execution. These officials would then rape these women so that they would not be virgins when they die, sending them to hell.

No woman of any age in any country should face this kind of reality.

In May 2002, the UN held a special Session on Children. This culminated in the official adoption by some 180 nations of its outcome document titled, “A World Fit for Children”.

It established the following objectives: To protect children from harm and exploitation, so that they will be protected against any acts of violence, abuse, exploitation, and discrimination; To raise awareness about the illegality and harmful consequences of failing to protect children from violence, abuse, and exploitation. Harsh and unfair treatment against women of all ages in Iran will only be overcome if the world governments who convene at the UN pull together, pay more careful attention, and cooperate.

Such hardships can be defeated if State abusers of women young and old, such as Saudi Arabia, the Islamic Republic of Iran, and Sudan are not appointed their much-undeserved seats on UN bodies that were established to serve and protect women’s rights in honoring gender equality. States and citizens of developed nations must join forces and speak out against this gross injustice that has plagued the United Nations. This will only happen if we strengthen our bonds and our allegiance with the men who recognize our inalienable human rights of equality.

I was one of four campaigners to stop Reyhaneh Jabbari’s execution which was brought to our attention by her family. Our group launched a petition and collected more than 230,000 signatures. We gave media interviews, organized worldwide events and through our campaign, the international community had supported our campaign and tried to pressure the Iranian officials to stop her execution.26 years old Reyhaneh Jabbari was hanged for defending herself against an Iranian regime agent who was employed by Iran’s Intelligence Ministry who intended to rape her. She was hanged in October 2014.

According to Amnesty International, satirical cartoonist Atena Farghadani, held in prison since January 2015, was sentenced in June 2015 to twelve years and nine months in prison for her peaceful activism, including meeting with families of political prisoners and for drawing a satirical cartoon depicting legislators as monkeys, cows, and other animals.

The cartoon was to protest a bill that sought to criminalize voluntary sterilization and restrict access to contraception and family planning services. Eliminating these types of injustices will only happen if we exert inescapable pressure on local, national, and international governments and organizations. Rights and freedoms are never given, they are taken. Although these rights are inherent, they are not freely honored, and so strife and relentless effort is the only way to emerge victorious from the ashes of defeat. With the love, dedication, and help of people—not just men, not just women, but human beings—gender equality will be the prevalent principle embraced by all living people.

Is it not the height of arrogance and hypocrisy for this Islamic Regime to stand in judgment of the way other nations of the world treat their women while blatantly disregarding its own cruel and repressive policies towards women in Iran? The plight of Iranian women continues to be and has been horrendous since the 1979 Islamic occupation.

Iran nevertheless won a top seat on the U.N.’s Commission on the Status of Women in April 2014 and sadly not a single UN member, not even the US, objected. Now for the second time, the same seat has been given to the occupying Islamic regime in Iran. Let us stand for the voiceless ones of Iran, women of all ages whose fundamental human rights are persistently taken away from them and who are treated as objects. Let us stand for those whose blood cries out for justice from their grave, the women and young girls who were tortured, raped, and executed. Let us send a clear message to repressive regimes, such as the Islamic Republic of Iran, that continue to violate women’s rights.

These inequalities must end, and it is our duty as human beings to stop the oppression.

When human rights are denied in one place, they can soon be denied every place.