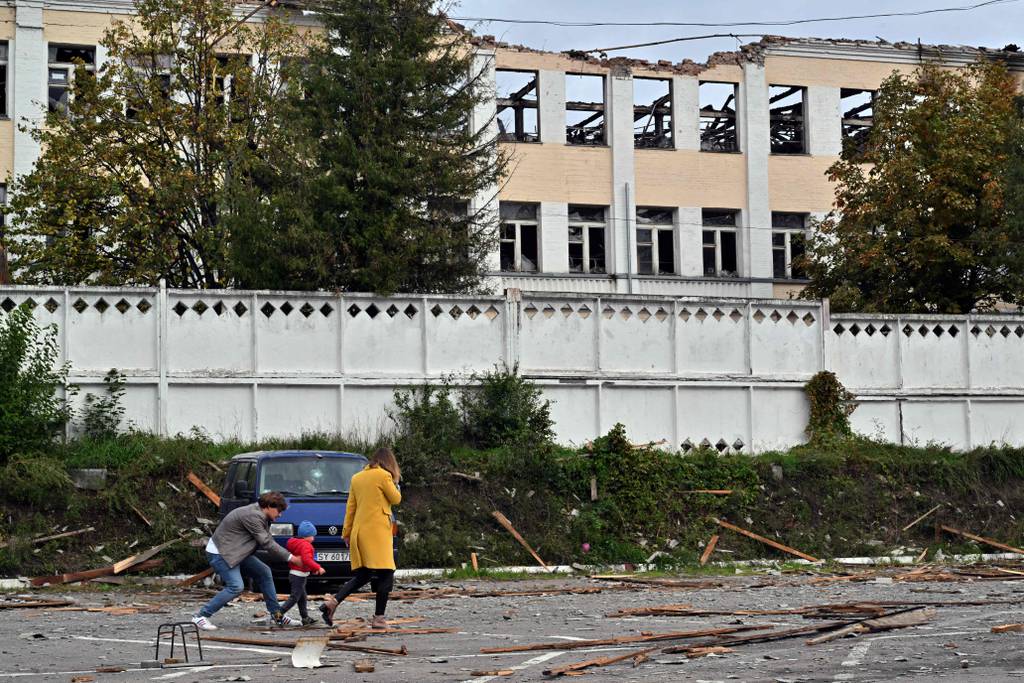 WASHINGTON — Ukrainian forces are working to find and target bases from which Russia has launched Iran-supplied explosive drones at civilian infrastructure, according to Maj. Gen. Borys Kremenetsky, the defense attache at the Ukrainian Embassy in the United States.

The officer said the Shahed-136 drones are “easy to fight” because they are audible from miles away and move slowly. But Ukraine is in the dark about how many Russia received from Iran, he said Thursday at an event organized by the International Institute for Strategic Studies think tank.

The defense attache added that the weapons used for shooting down the drones — up to six per day — exemplify the mix-and-match approach Ukrainian forces are taking in using Soviet-era equipment alongside modern kit supplied by Western nations.

Ukrainian SA-8 missile launchers and self-propelled Shilka anti-aircraft guns are “very effective” against the relatively crude Iranian-made weapons, Kremenetsky said. German-made Gepard air defense tanks also are being used to great effect to counter the suicide drones before they can do damage on the ground, he added.

Commanders now want to move toward locating where Russian forces launch and control the drones, according to Kremenetsky. The plan is to train rocket artillery, like the High Mobility Artillery Rocket System, on these targets, he said.

The fact that Russia is getting Iranian drones in the first place is a sign that Moscow’s defense industry is “going down,” he argued. Still, the unmanned systems have proved a new threat for Ukraine, allowing Russia to strike populated areas far beyond the front line.

The Iranian government as recently as this week denied supplying Russia with drones, and Moscow has denied receiving any, NBC News reported Thursday. Local officials in Kyiv blamed a Russian-launched Shahed drone for causing damage near the capital on Wednesday, Business Insider reported.