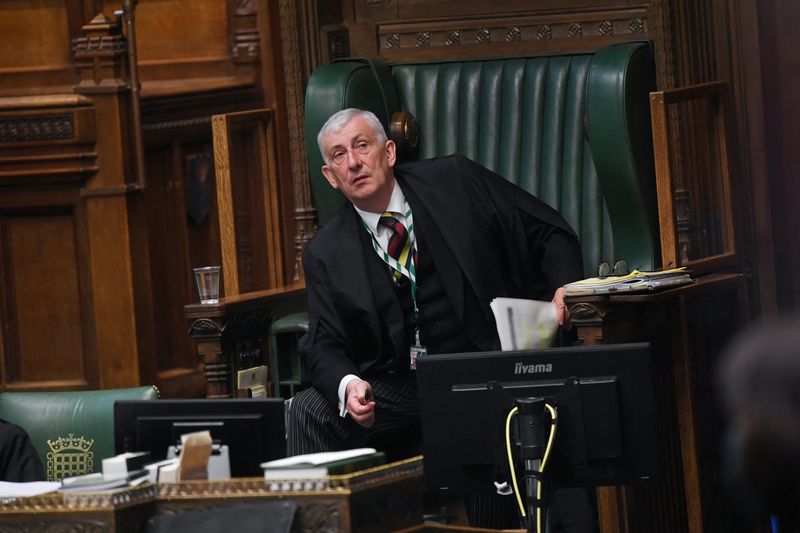 LONDON (Reuters) – A woman suspected of working on behalf of the Chinese Communist Party has been attempting to improperly influence members of parliament, the speaker of the House of Commons said in a letter to lawmakers on Thursday.

Speaker Lindsay Hoyle said Britain’s MI5 domestic intelligence service had found that the woman “has been engaged in political interference activities on behalf of the Chinese Communist Party, engaging with Members here at Parliament”.

She “has facilitated financial donations to serving and aspiring Parliamentarians on behalf of foreign nationals based in Hong Kong and China”, the letter added.

Iain Duncan Smith, a former leader of Britain’s governing Conservative Party who has been sanctioned by China for highlighting alleged human right abuses in Xinjiang, told parliament: “This is a matter of grave concern.”

Britain’s relations with China have deteriorated in recent years over issues including Hong Kong and Xinjiang.

Last year MI5 urged British citizens to treat the threat of spying from Russia, China and Iran with as much vigilance as terrorism.

British spies say China and Russia have each sought to steal commercially sensitive data and intellectual property as well as to interfere in domestic politics and sow misinformation.