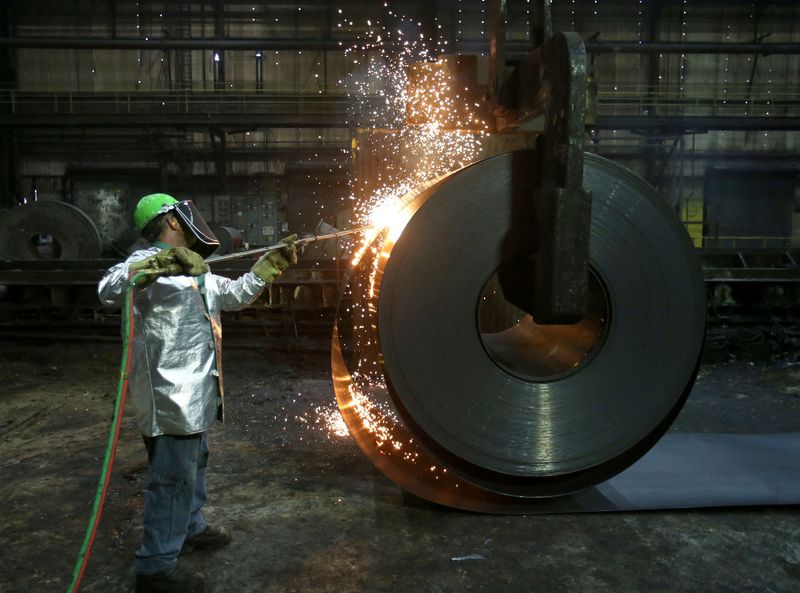 By David Lawder and David Shepardson

WASHINGTON (Reuters) – The United States and Britain on Wednesday agreed to launch talks aimed at resolving their trade dispute over U.S. steel and aluminum tariffs, the countries said in a joint statement.

No specific date or timeline was given for the talks but discussions will address “global steel and aluminum excess capacity, including the United States’ application of tariffs” on the metals from Britain.

“Both parties are committed to working towards an expeditious outcome that ensures the viability of steel and aluminum industries in both markets against the continuing shared challenge of global excess capacity and strengthens their democratic alliance,” the countries said in the joint statement.

They said the talks also will cover the UK’s 25% retaliatory tariffs on U.S. products, which include whiskey, motorcycles, blue jeans and tobacco. Annual exports of U.S. whiskey to Britain have fallen by more than half since 2018, according to the Distilled Spirits Council, which welcomed the announcement.

A British government source said: “Until a deal is done we will continue to apply rebalancing measures on U.S. products, and won’t hesitate to take any action necessary to defend our vital steel and aluminium industries.”

The joint statement was issued after a virtual meeting between U.S. Commerce Secretary Gina Raimondo and UK Secretary of State for International Trade Anne-Marie Trevelyan to discuss the tariffs, a meeting reported by Reuters on Tuesday.

Britain is keen to negotiate duty-free access to American steel and aluminum markets similar to that granted by Washington to the European Union on Jan. 1 as part of a quota deal reached last October that took six months to negotiate.

The metals tariffs – 25% on steel and 10% on aluminum – were first imposed in March 2018 by former U.S. President Donald Trump under a Cold War-era national security law have been a major transatlantic trade irritant since then.

Europe, Britain, Japan and other U.S. allies have argued that they do not represent a security threat and should not be subject to the tariffs. The Commerce Department

As part of the U.S.-EU deal, Washington will allow 4 million tons of EU “melted and poured” steel into the United States annually in exchange for Brussels dropping retaliatory tariffs against EU products.

The two sides agreed to work together to address global excess capacity in steel and aluminum production largely centered in China – a goal echoed by Raimondo and Trevelyan as part of the U.S.-UK talks.

The announcement of talks comes at a sensitive time for British Prime Minister Boris Johnson, whose leadership is under threat after a series of revelations about COVID lockdown breaches at his residence.

If that crisis develops into a formal leadership challenge, it could paralyze decision-making within government for several weeks and limit ministers’ mandate to negotiate the concessions needed to reach a compromise with the United States.