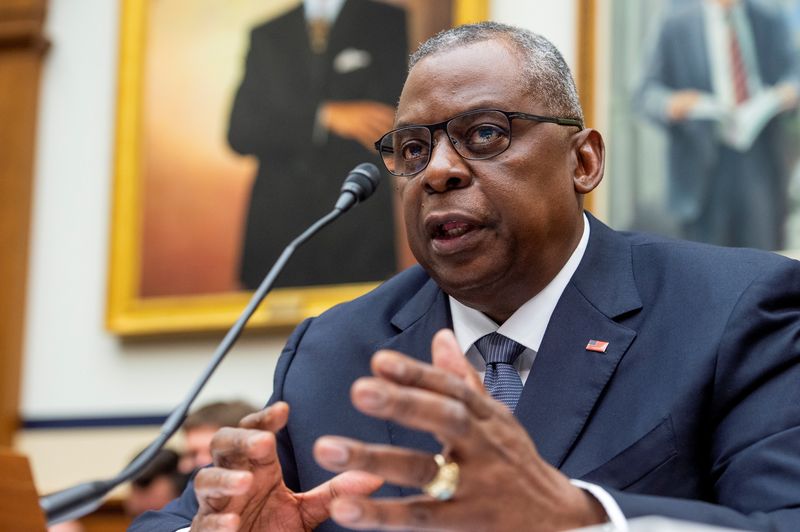 DUBAI (Reuters) – The United States said it is sending fighter jets to assist the United Arab Emirates following missile attacks on the Gulf state launched by Yemen’s Houthi movement, including a foiled attack aimed at a base hosting U.S. forces.

Defense Secretary Lloyd Austin also told Abu Dhabi Crown Prince Mohammed bin Zayed Al Nahyan in a telephone call on Tuesday that Washington would send the guided missile destroyer the USS Cole to partner with the UAE navy ahead of a port call in Abu Dhabi.

“The Secretary also informed the Crown Prince of his decision to deploy 5th Generation Fighter aircraft to assist the UAE against the current threat and as a clear signal that the United States stands with the UAE as a long-standing strategic partner,” the U.S. Defense Department said in a release.

The UAE on Monday intercepted a missile during a visit by Israel’s president, the third such attack in two weeks claimed by the Iran-aligned group that is battling a Saudi-led coalition that includes the UAE.

A week earlier, the U.S. military said it had fired multiple Patriot missile interceptors at two inbound missiles which the Houthis said they fired at the UAE’s al-Dhafra air base.

The Emirati envoy to the United Nations last week said the UAE may upgrade its defensive capabilities and was in discussions with the United States.

The attacks on the UAE, the region’s commercial and tourism hub, are an escalation in the Yemen war, in which the Houthis have repeatedly launched missiles and drones at Saudi Arabia.

The coalition intervened in Yemen in March 2015 after the Houthis ousted the government from the capital, Sanaa.