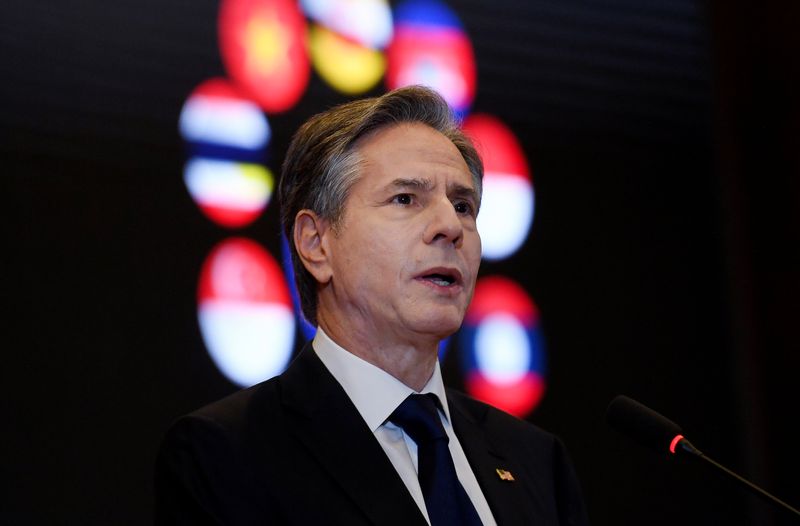 The U.S. Department of the Treasury’s Office of Foreign Assets Control (OFAC) has sanctioned Iran’s morality police “for abuse and violence against Iranian women and the violation of the rights of peaceful Iranian protestors,” the Treasury Department announced on Thursday.

The sanctions came after the death of Mahsa Amini, a 22-year-old woman who had been arrested by the morality police after being accused of violating Iran’s strict dress code for women by wearing her headscarf improperly. At least nine protesters have been killed in clashes with Iranian security forces since Amini’s death on September 16.

OFAC has also sanctioned the leaders of the Iranian Ministry of Intelligence and Security, the Army’s Ground Forces, the Basij Resistance Forces, and other law enforcement agencies.

These are the latest sanctions the U.S. has leveled against Iran. While some target Iran’s nuclear program, others go after Iran’s support for terrorism. In an interview earlier this month with 60 Minutes’ Lesley Stahl, Iranian President Ebrahim Raisi called the sanctions “tyrannical” and added that it is “important to us to have the sanctions lifted.”

U.S. Secretary of State Antony Blinken told 60 Minutes’ Scott Pelley that the sanctions targeting Iran’s nuclear program would be lifted if Iran entered a new deal. As for the remainder of the sanctions, which have thrust Iran into a two-year recession, cut off businesses from international banking, and pushed the country’s inflation to over 40 percent, Blinken was less specific.

“Iran knows very well what it needs to do,” he said.