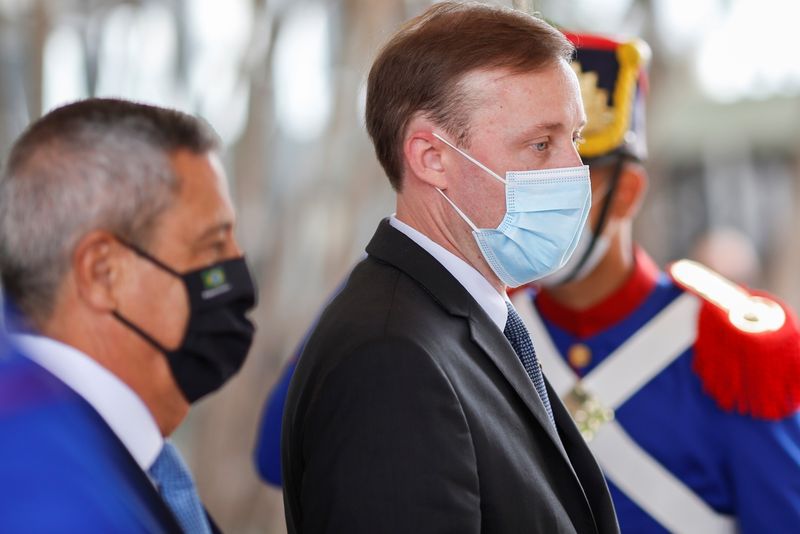 Sullivan’s visit was the highest-level U.S. visit to Brazil since the Biden administration took office almost eight months ago and was aimed at advancing ties between the hemisphere’s two largest democracies, the U.S. Embassy said in a statement.

It came amid a growing political clash between Bolsonaro and Brazil’s judiciary over his insistence that the electronic voting system was open to fraud and should be changed.

His opponents say Bolsonaro, like former U.S. President Donald Trump, is sowing doubts in case he loses next year’s election. He has threatened not to accept the result.

Sullivan also met with three state governors from the Amazon to discuss their plans and strategies to combat climate change, deforestation and illegal mining, and protect indigenous rights.

Bolsonaro has rolled back environmental enforcement and called for construction on protected areas since taking office in 2019, contributing to a surge in Amazon deforestation.

Sullivan offered funding and technology for sustainable economic development in the Amazon, Piauí state governor Helder Barbalho told reporters after the meeting, where the governors said they were committed to stopping illegal administration.

The United States has opposed the use of 5G equipment made by China’s Huawei Technologies Co Ltd on security grounds, though Brazilian telecom companies have already built networks largely with Chinese components.