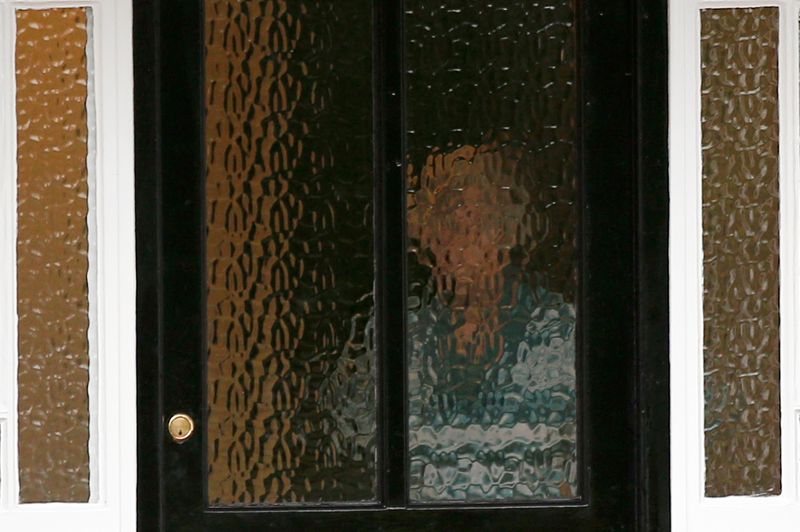 FILE PHOTO: A person stands behind textured glass at an address which has been linked by local media to former British intelligence officer Christopher Steele, who has been named as the author of an intelligence dossier on President-elect Donald Trump, in Wokingham, Britain, January 12, 2016. REUTERS/Peter Nicholls

Analyst Igor Danchenko is accused of five counts of making false statements to the FBI relating to sources for the material he gave a British firm that prepared the dossier, said John Durham, the special prosecutor appointed by the U.S. Justice Department during Trump’s administration.

At a brief hearing on Thursday in Alexandria, Virginia, U.S. Magistrate Judge Theresa Buchanan ordered Danchenko’s pretrial release on $100,000 unsecured bail after his lawyer told the court he lived with his family in Virginia.

Danchenko’s lawyer indicated his client would plead not guilty to the charges although his plea was not formally entered. A prosecutor said that, if convicted, Danchenko could face up to five years in prison on each count of his indictment.

The indictment alleges that between June and November 2017, Danchenko made false statements regarding the sources of certain information he provided to a British investigative firm which Durham did not identify.

Sources identified the firm to Reuters as having been linked to former British intelligence officer Christopher Steele.

The dossier, which was circulated to the FBI and media outlets before the November 2016 election, set out still-unproven assertions that Russia had embarrassing information about and some of his Republican campaign’s advisers and that Moscow was working behind the scenes to defeat his Democratic opponent Hillary Clinton.

The indictment alleges Danchenko made false statements about information he said he had received from an anonymous caller who claimed the Kremlin might have been helping to get Trump elected. It says Danchenko knew the information to be untrue.

A lawyer for Danchenko did not immediately respond to a request for comment.

Two sources familiar with Durham’s activities said he had issued subpoenas seeking evidence from multiple sources, including people linked to Fusion GPS, the Washington investigations firm that commissioned the dossier.

Steele is a former British intelligence officer who prepared the dossier for Fusion GPS, which was working for a law firm that represented the Democratic Party and Clinton’s 2016 presidential campaign.

One of the sources familiar with Durham’s activities said Fusion GPS was not a target of Durham’s investigation. Steele had previously declined https://www.reuters.com/article/us-usa-trump-steele/british-ex-spy-will-not-talk-to-u-s-prosecutor-examining-trump-probe-origins-source-idUSKCN1SY20K to cooperate with investigators working for Durham.