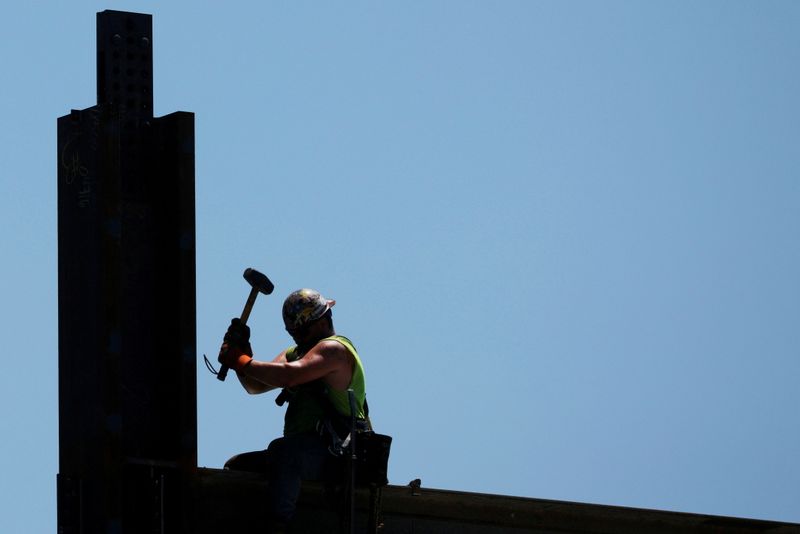 By David Lawder and Andrea Shalal

WASHINGTON/ROME (Reuters) -The United States and European Union are expected to announce a deal to resolve a long-running trade dispute over U.S. steel and aluminum tariffs this weekend, easing a major transatlantic trade irritant, five people familiar with the agreement said.

Two of the sources said the agreement, details of which were still being finalized, would allow EU countries to export duty free some 3.3 million tons of steel annually to the United States under a tariff-rate quota system.

“An agreement on steel has been reached and will be announced soon,” said one source familiar with the matter, speaking on condition of anonymity.

Higher steel import volumes would be subject to tariffs, but additional duty-free status would be granted to certain steel products that had previously won exclusions from the U.S. tariffs during the past year, the sources said.

Including the product-specific exclusions, the total volume from EU steelmakers allowed in duty free would be around 4.3 million tons next year, one of the sources said. Europe exported https://www.reuters.com/article/us-usa-trade-europe-steel-idUSKCN1J322N 5 million tons of steel to the United States before the tariffs were added in 2018 by former President Donald Trump.

The deal, which comes as leaders of the G20 major economies meet in Rome, would allow U.S. and EU officials about a month to implement it before a late-November deadline escalating Europe’s retaliatory tariffs on U.S. products, including motorcycles and whiskey.

U.S. and EU officials had been aiming to seal a deal https://www.reuters.com/business/us-hopeful-reaching-deal-with-eu-steel-tariffs-by-end-october-source-2021-10-14 by the end of October.

Technically, the agreement leaves intact the U.S. “Section 232” global metals tariffs of 25% on steel and 10% on aluminum, imposed on national security grounds, but on a practical basis exempts a substantial portion of Europe’s steel exports.

The United States allows imports of steel duty-from North American trade deal partners Mexico and Canada, with a mechanism that allows tariffs to be reimposed in the event of an unexpected “surge” in import volumes.

(Reporting by David Lawder and Andrea Shalal; Additional reporting by Jan Strupczewski; Editing by Will Dunham and Heather Timmons)