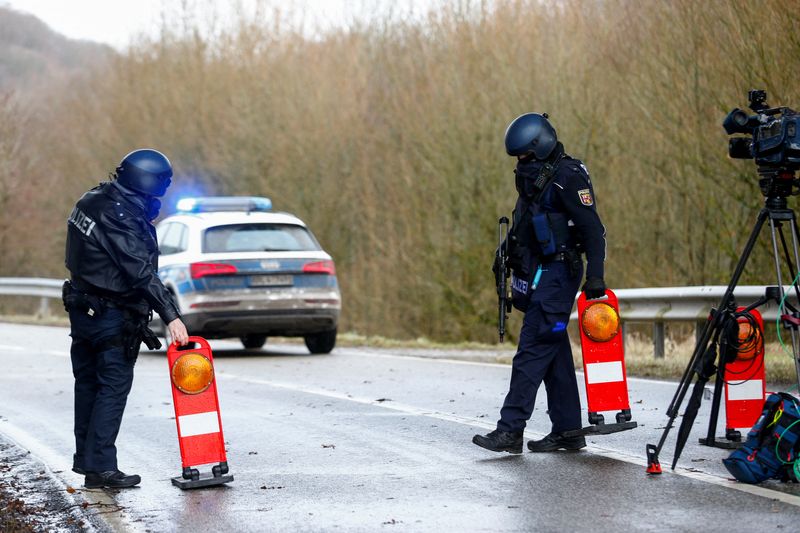 Two men were later arrested in connection with the killings, police said.

One the suspects, a 38-year-old man, will be presented to court in the southwestern city of Kaiserslautern, police in the state of Rhineland-Palatinate said in a statement, adding that the man had not given any information on the matter.

Police detained another 32-year-old man and were investigating his involvement in the crime, they added.

Both suspects are German citizens, Spiegel magazine reported, adding that one of the suspects was a trader of hunted game animals.