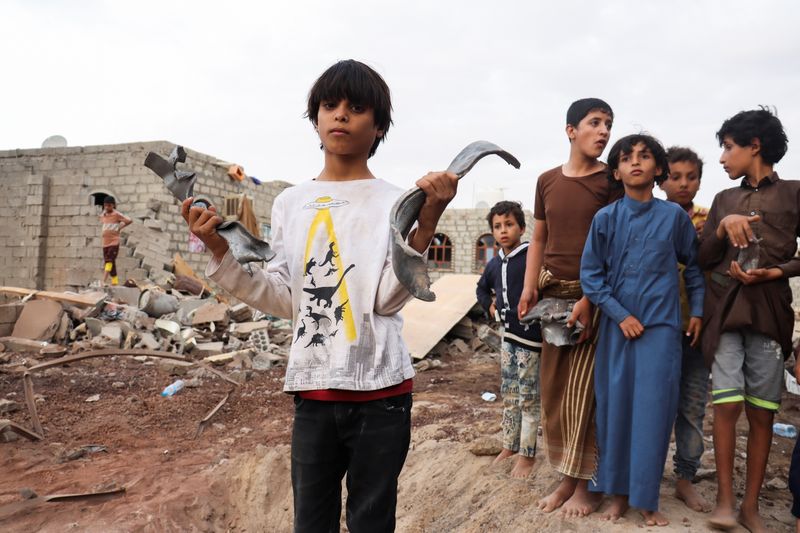 A boy holds shrapnel of a missile at the site of Houthi missile attack in Marib, Yemen, October 3, 2021. REUTERS/Ali Owidha

Two missiles targeted military areas in the city, residents said, while a third landed near a residential district that houses military headquarters of a Saudi Arabia-led coalition.

The state news agency said a four-year-old girl and her two-year-old brother were killed when a missile hit their house, seriously injuring their mother. It said three other women and five children, ages ranging from seven months to 16 years, were among those wounded.

There was no confirmation from the Houthi movement, which is pressing an offensive to seize gas-rich Marib, the Saudi-backed government’s last northern stronghold. United Nations-led efforts for a nationwide ceasefire have stalled.

The military coalition led by Saudi Arabia intervened in Yemen in March 2015 after the Iran-aligned Houthi group ousted the government from the capital Sanaa.

The conflict has dragged on, killing tens of thousands, including in coalition air strikes, and causing what the United Nations describes as the world’s largest humanitarian crisis.