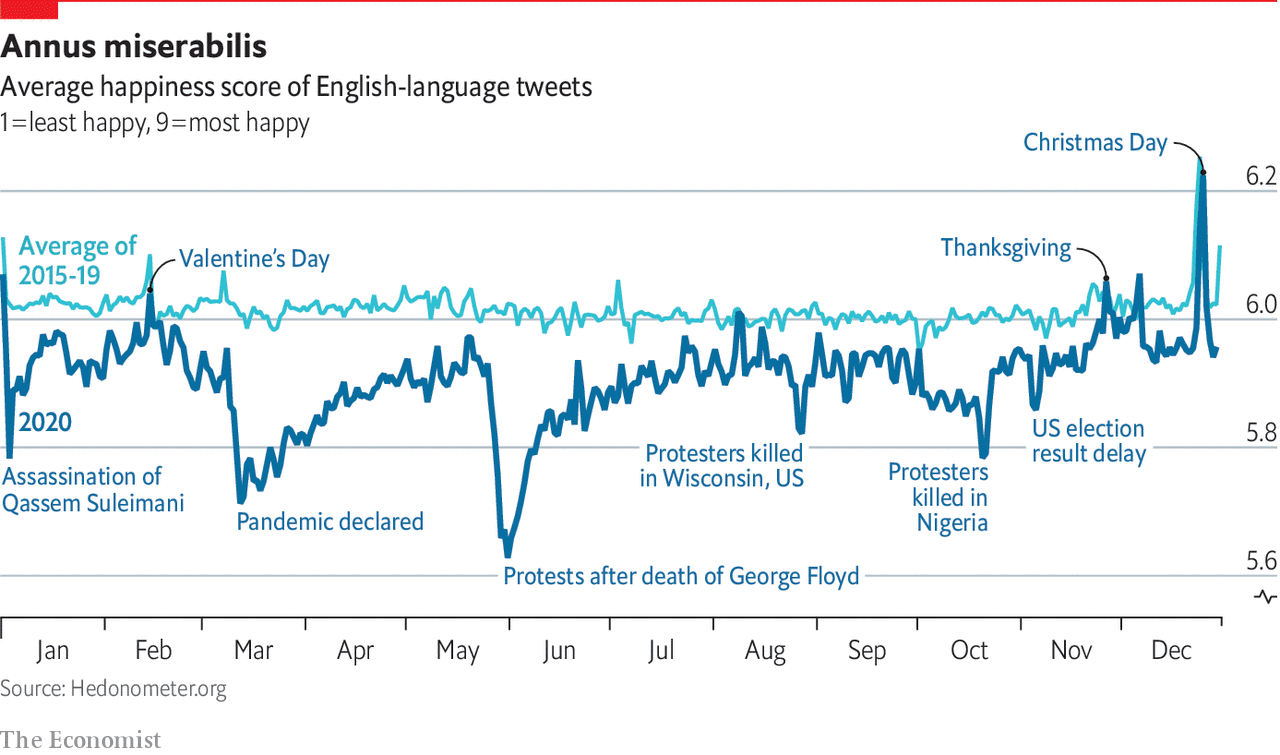 “IT IS DIFFICULT to find happiness within oneself, but it is impossible to find it anywhere else,” lamented Arthur Schopenhauer (1788-1860), a German philosopher. Had he been born 200 years later, Schopenhauer might have found what he was looking for on Twitter—but perhaps not in 2020.

For more than a decade, researchers at the University of Vermont have been scraping a random sample of tweets posted on the microblogging site to gauge how happy or sad the world is feeling on any given day. Their tool, dubbed the Hedonometer, has been called the “Dow Jones index of happiness”. It relies on a database of 10,000 frequently used words rated on a scale from 1 (least happy) to 9 (most happy). Every instance of the word “laughter”, for example, receives a score of 8.5 out of 9; “happiness” and “love” rate almost as highly. At the other end of the scale, the words “suicide” and “terrorist” share the lowest score of 1.3. By averaging the “happiness score” of each day’s tweets, the researchers can identify the events that have the greatest impact on public sentiment around the world.