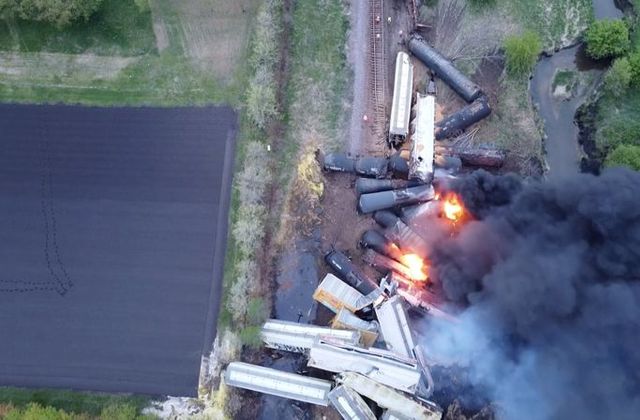 A Union Pacific train hauling hazardous materials derailed and then caught fire in the city of Sibley, Iowa, authorities said on Sunday, leading to the evacuation of dozens of people although there were no reports of injuries or fatalities. 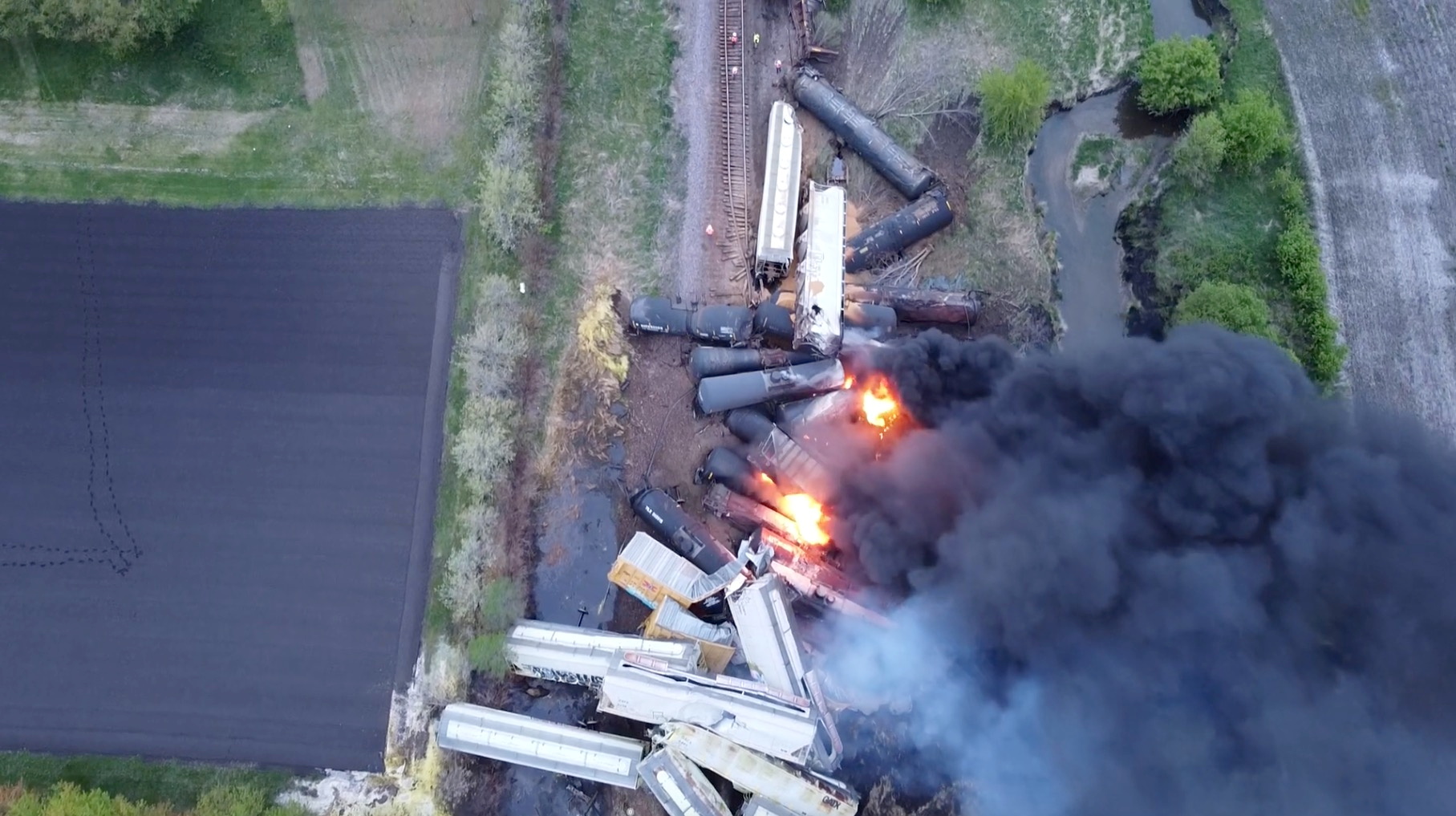 The derailment, involving 47 rail cars, took place in the afternoon in Sibley, Union Pacific said, adding the cause of the incident was under investigation.

Within an hour, local officials texted an evacuation order to people nearby. An area comprising about a 5-mile radius around the scene of the derailment was evacuated as a precaution, according to ABC News. 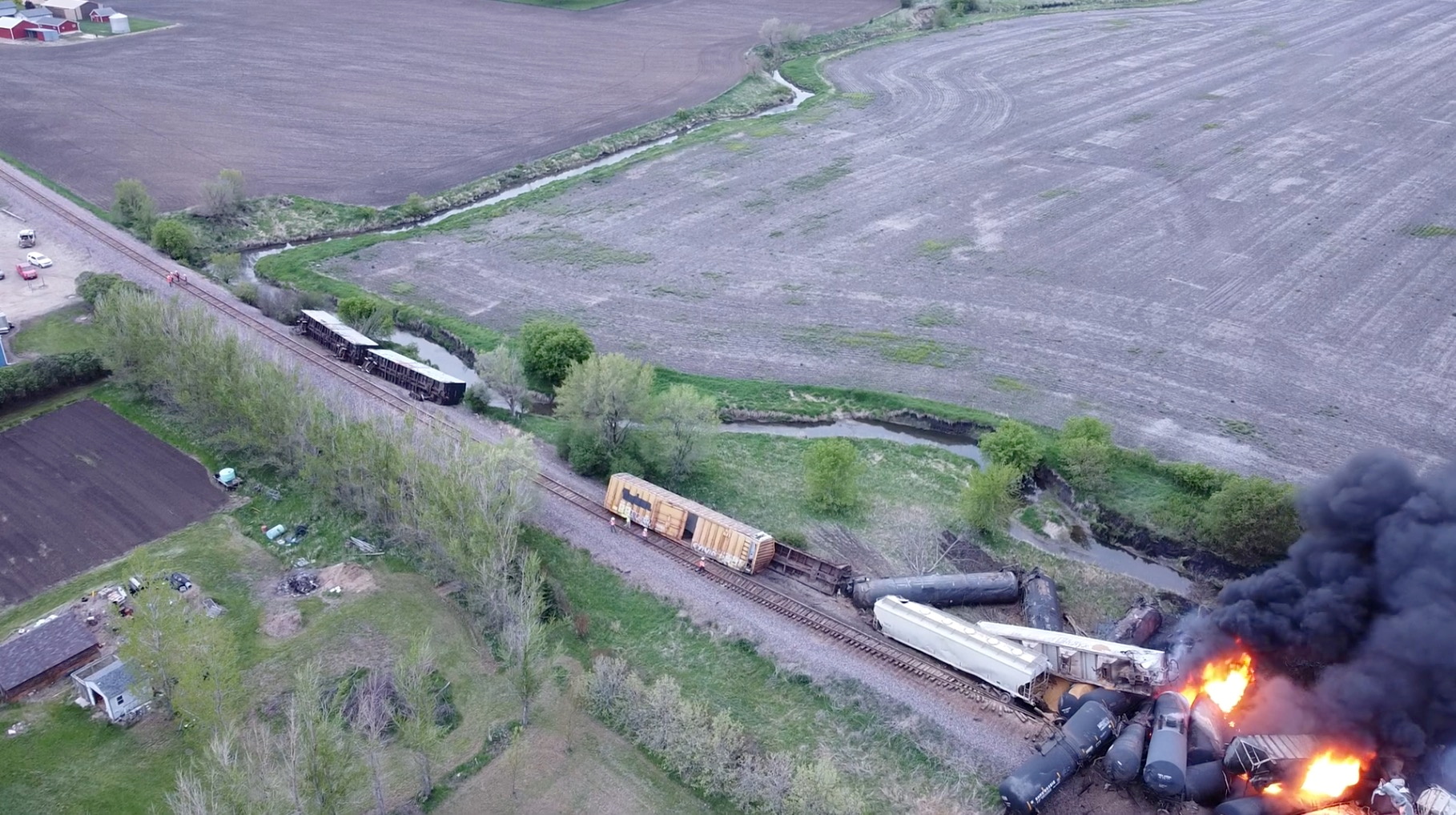 Fire is seen on a Union Pacific train carrying hazardous material that has derailed in Sibley, Iowa, U.S., in this still frame obtained from social media drone video dated May 16, 2021. NATHAN MINTEN/via REUTER

“There were no injuries to the crew,” Union Pacific said in an emailed statement, adding that Union Pacific was working with first responders at the scene. 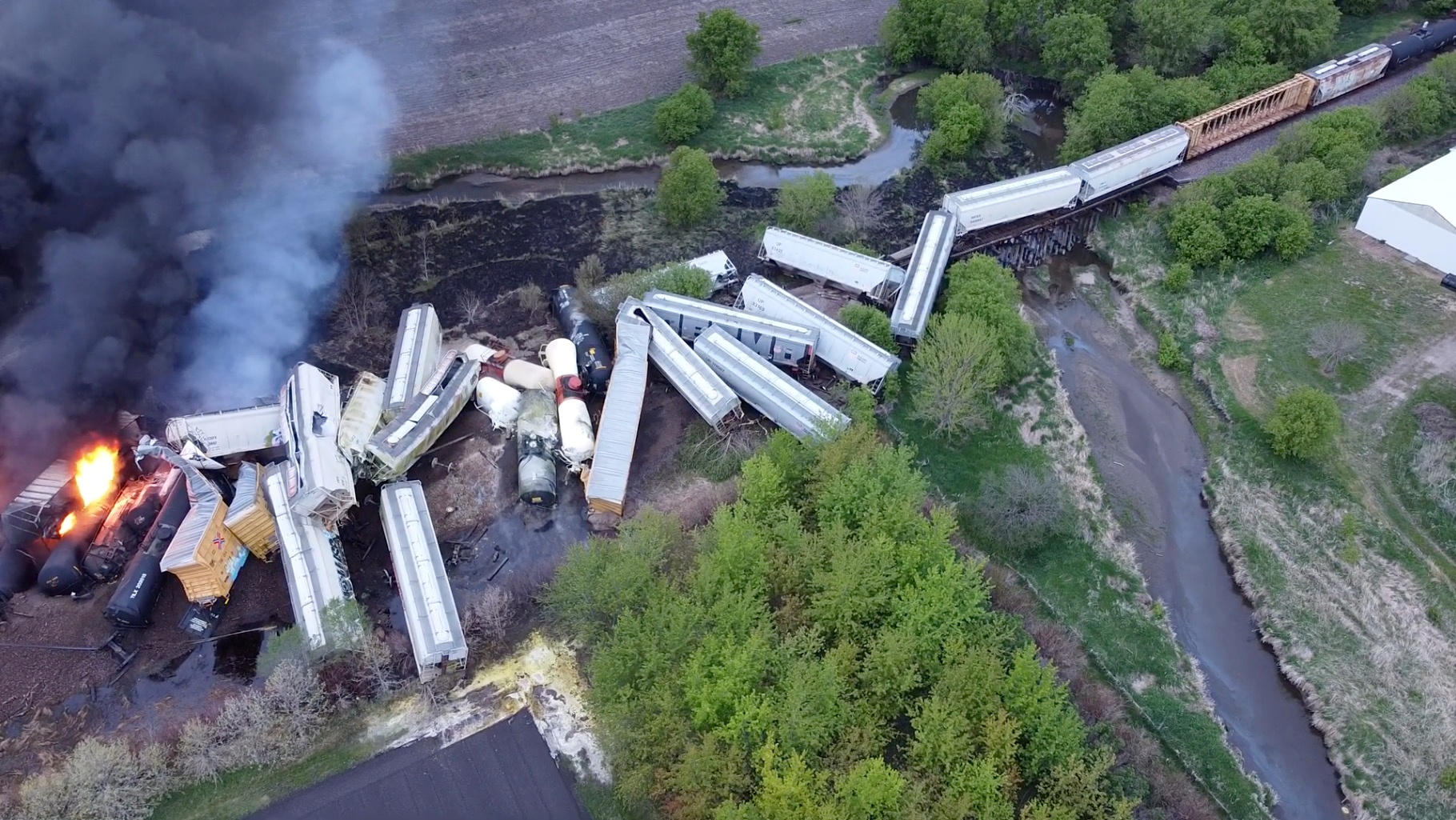 “Approximately 80 people were evacuated”, the Iowa Department of Homeland Security and Emergency Management said in an email.

Ken Huls, the fire chief in Sibley, said the train was carrying fertilizer and ammonium, the radio station KIWA reported.