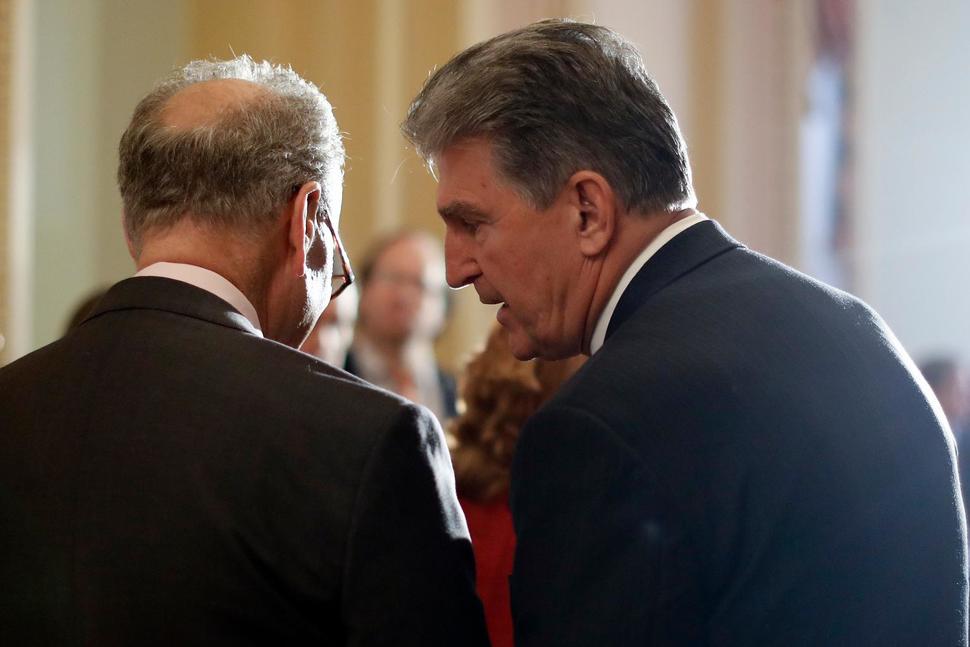 Six months into the party’s hold on Washington, with Joe Biden in the White House and Democrats controlling the House and Senate, there is a gloomy uncertainty over their ability to make gains on campaign promises.

As Democrats strain to deliver on Biden’s agenda, the limits of bipartisanship in the 50-50 Senate are increasingly clear: Talks over an infrastructure package are teetering, though Biden is set to confer again Monday with the lead GOP negotiator, and an ambitious elections overhaul bill is essentially dead now that Sen. Joe Manchin, D-W.Va., announced his opposition Sunday.

“We need to move the ball,” said Yvette Simpson, CEO of Democracy for America, a liberal advocacy organization.

“We told everyone to come out against all odds in the pandemic and vote,” she said about the 2020 election. The promise was that with Democrats in power, ”we’re going to have all these great things happen, their lives are going to be better. And what they’re finding is that it looks like Washington as usual.”

The summer work period is traditionally among the busiest for Congress, but Democrats are growing wary because time is running out for Biden to negotiate a sweeping infrastructure package and other priorities are piling up undone. The days ahead are often seen as a last chance at legislating before the August recess and the start of campaigns for next year’s elections.

Schumer, in setting the agenda, is challenging senators to prepare to make tough choices. But he is also facing a test of his own ability to lead the big-tent party through a volatile period of shifting priorities and tactics in the aftermath of the Trump era and the Capitol insurrection.

While Democratic senators have been generating goodwill by considering bipartisan bills in the evenly split Senate, they face mounting pressure from voters who put them in office to fight harder for legislation that Republicans are determined to block with the filibuster. Democrats in the evenly split Senate hold the majority because Vice President Kamala Harris can be the tie breaker,

Key among that legislation is S.1, the elections and voting overhaul bill, which now appears headed for defeat. But Schumer also said votes may be coming on gun control legislation and the Equality Act, a House-passed bill to ensure civil rights for the LGBTQ community.

Fed up by the delays, some senators are ready to change the rules to eliminate the filibuster, which they blame for the inaction. The long-running Senate filibuster rules require 60 votes to advance most legislation, meaning as many as 10 Republicans would need to cross party lines to help Democrats achieve their priorities. Some senators propose reducing the voting threshold to 51.

But Manchin, in announcing his opposition to the voting rights bill Sunday as the “wrong piece of legislation to bring our country together,” also restated his refusal to end the filibuster — for now, denying his party a crucial vote needed to make the rules change that could help advance its agenda.

Without support from Manchin or others, including Sen. Kyrsten Sinema, D-Ariz., who also wants to keep the filibuster, Schumer is all but warning that Democratic senators will be forced to confront the limits of their fragile majority. That could exacerbate party divisions and expose Democrats to criticism from Republicans eager to show that Biden’s party cannot govern.

“The June work period will be extremely challenging,” Schumer warned. “I want to be clear that the next few weeks will be hard and will test our resolve as a Congress and a conference.”

Schumer has been laying the groundwork for this moment since he became majority leader in January, trying to build the case that bipartisanship can work in some cases — with passage of an Asian hate crimes bill or a water public work package — but also has its limits, according to two Democratic aides granted anonymity to discuss the private strategy.

Their weekly closed-door policy caucus lunches have been intense, particularly during the two special sessions they have held to privately debate the path forward on the voting rights bill, one of the aides said.

Senators rise from their seats one by one to ask pointed questions or state their views on the elections overhaul, which many Democrats view as crucial to protecting democracy, especially as states led by Republicans impose restrictive new voting laws.

Manchin’s opposition delivers a serious blow to the election bill, which has taken on urgency for Democrats as former President Donald Trump encourages the changes in the states, not dissimilar from the way he egged on his supporters to “fight like hell” for his presidency before they stormed the Capitol on the Jan. 6.

Rather than force reluctant senators to fall in line, Schumer is trying to lead Democrats to their own conclusion — either bipartisan deals with Republicans are possible or they have no other choice but to undertake a go-it-alone strategy on infrastructure or other priorities, the aides said.

One aide suggested Schumer is no arm-twisting leader in the style of Lyndon Johnson, who before he became president was famous for his hardball cajoling as majority leader.

In the letter to colleagues released the day Republicans deployed the filibuster to block the creation of a bipartisan commission to investigate the insurrection, Schumer took stock of the gains so far. But he said: “We have also seen the limits of bipartisanship.”