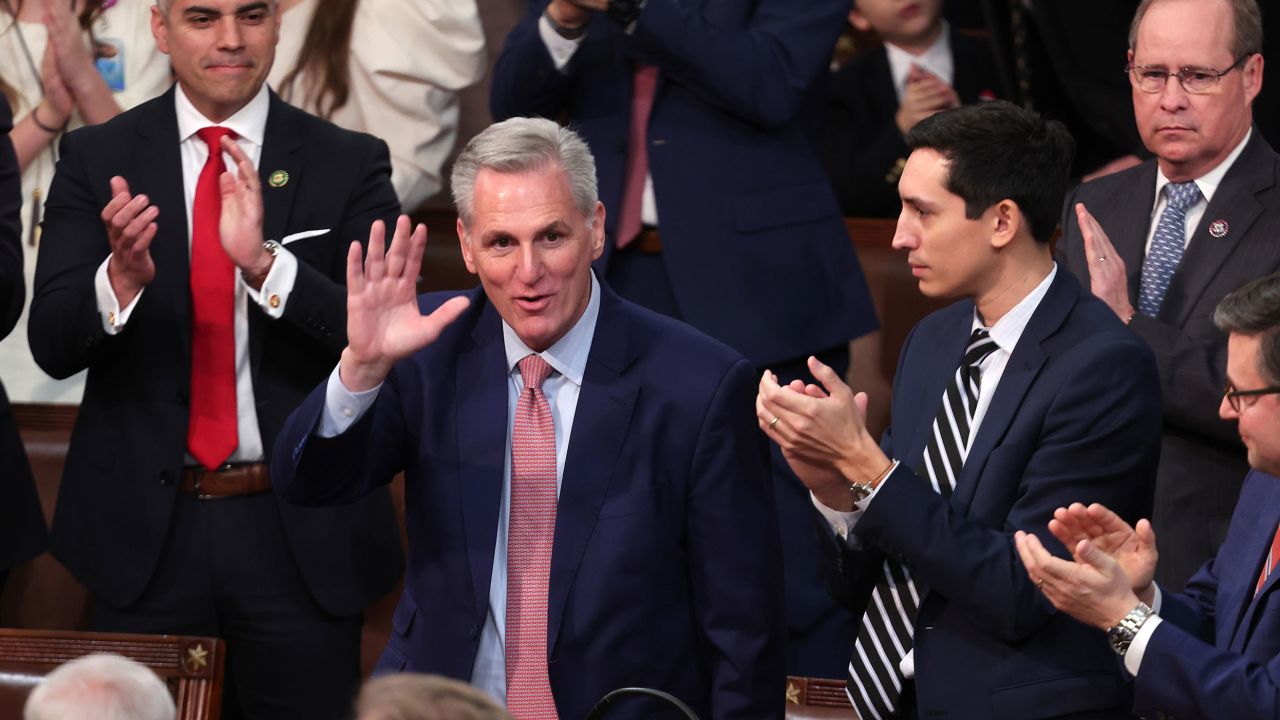 Most of what we see on Capitol Hill is hashed out behind closed doors.

But not this week.

There’s a slow motion, open-ended drama playing out on the floor of the House in which Republicans cannot come behind a speaker – one of the most powerful and important jobs in US government, and the prize they won with a slim House majority. And Congress can’t function until it has a House speaker.

Nobody knows how this will end. Catch up with Apadana Media live updates from the day. Lawmakers, needing to regroup after a third round of voting for a speaker, adjourned until noon Wednesday.

It’s a story of how 20 Republican lawmakers, despite obtaining most of their demands from Rep. Kevin McCarthy, simply will not support the man. The first two votes started with 19 holdouts, but grew to 20 in the third vote.

Republican members-elect held a vote among themselves after Election Day, when a majority of the caucus picked McCarthy as their candidate for GOP leader. That put him in line to be the next speaker of the House for the Congress that was supposed to start on January 3. But the hardliners would not go along with the herd in Tuesday’s vote.

McCarthy’s supporters – the vast majority of the Republican caucus – have so far stuck mostly together.

“People are committed to this and they’re sick and tired of the tail trying to wag the dog, which is what these 19 think they’re going to do,” Rep. David Joyce of Ohio, who backs McCarthy, told CNN’s Jake Tapper after the second vote.

Some small cracks in McCarthy’s support were starting to show in the third vote, after 4 p.m. ET, when Rep. Byron Donalds of Florida jumped camps from supporting McCarthy earlier in the day to backing Rep. Jim Jordan of Ohio.

“You gotta close the deal,” Donalds told Tapper on CNN moments before the third vote.

By backing Jordan, Donalds joined the original 19, including people like Reps. Matt Gaetz of Florida, Rep. Lauren Boebert of Colorado, Rep. Chip Roy of Texas and Rep. Andy Biggs of Arizona, who are equally committed.

That the original 19 – far more than the four colleagues McCarthy could afford to lose – have stayed strong against him has dragged out a process that is normally a formality into a series of plodding votes the likes of which has not been seen for 100 years.

McCarthy’s opponents coalesced in a second round of voting behind Jordan, who used to coordinate these types of rebellions but who is now a McCarthy-backer with his eye on the chairmanship of the House Judiciary Committee.

“The irony of what we’re witnessing here today is the fact that Jim Jordan was always the ringleader of these types of rebellions and he’s trained these guys well,” said the CNN analyst, moderate Republican and former Rep. Charlie Dent of Pennsylvania.

“Now he ostensibly is trying to get these guys to back off and they won’t. And so, I mean this is the most surreal thing I think I’ve seen on the House floor in all the years I have been around, because he was the quintessential rebel and he can’t control them,” Dent said.

Republicans will ultimately figure this out and unite behind someone – McCarthy or someone else. A floor fight in 1923 took nine votes. Before the Civil War, the votes could drag on for months.

Until Republicans do figure things out, the new Congress does not technically begin and Washington will be stuck.

McCarthy has tried to bring his opponents on board by offering concessions to his ultraconservative colleagues, like lowering the threshold to challenge his speakership from half of Republicans to just five. It wasn’t enough for the original 19 holdouts, who seem motivated by an animosity to McCarthy that not even support from former President Donald Trump could quiet.

Gaetz, in nominating Jordan before the second round of voting, stood right in front of McCarthy and accused him of having “sold himself” in the quest for the speaker post.

This drama – or sideshow, if that’s how you view it – does presage a very difficult year for the ultimate speaker in which the debt ceiling must be raised to avert an economic meltdown.

And in Kentucky, a photo op

That’s all on hold until they find a leader. Meanwhile, as House Republicans grapple in a very unpredictable way with how to convince their members who have no interest in the system functioning, there will be a highly scripted photo opportunity about bipartisanship in Kentucky on Wednesday.

Senate Republican Leader Mitch McConnell, who just became the longest-serving Senate party leader in history, will appear with his state’s Democratic governor, Andy Beshear, and the country’s Democratic president, Joe Biden, to announce new funding to upgrade the Brent Spence Bridge, which connects Kentucky to Ohio. There will be an Ohio Republican, Gov. Mike DeWine, and an Ohio Democrat, Sen. Sherrod Brown, also on hand.

Beshear told CNN’s Kate Bolduan on Tuesday that the bridge project will help the region’s economy and update a key piece of infrastructure with $1.6 billion passed through Capitol Hill in 2021 in the bipartisan infrastructure bill.

“I think it is also a great statement that there is nothing partisan about a bridge,” Beshear said. He later added the bipartisan quintet would “announce that we’ve done the right thing for our people. It is pretty refreshing.”

Biden aims to make pushing for bipartisanship a marker of the next stretch of his presidency, and this photo op is right in that wheelhouse.

“It’s a giant bridge, man. It’s a lot of money. It’s important,” Biden said of the project on Monday.

He’ll have to find a way to work with whomever Republicans ultimately choose to be their speaker and to find a way around the lawmakers who have no problem grinding the government to a halt.