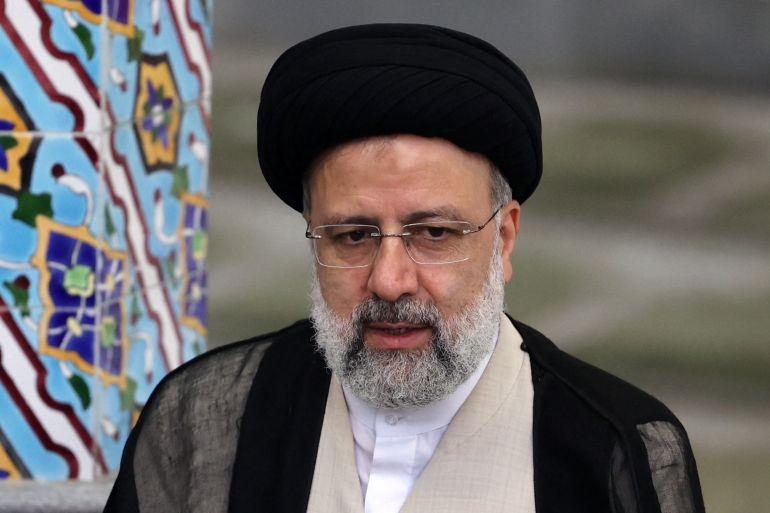 It appears that President Joe Biden’s administration is finally taking “no” for an answer from Iran. Since the summer, Secretary of State Antony Blinken has signaled that his patience is not infinite when it comes to his offer to re-enter the 2015 nuclear deal. This week, Blinken went a bit further, saying, “We will look at every option to deal with the challenge posed by Iran.”

This formulation is a classic Washington euphemism for the prospect of military action. Former President Barack Obama would use a version — “all options are on the table” — during his administration’s negotiations with Iran. It’s meant to placate allies like Israel and Saudi Arabia, who worry the U.S. is unwilling to back up its economic war on Tehran with cruise missiles and cyberattacks if Iran gets close to becoming a nuclear threshold power. And it’s meant to remind Iran’s regime that the U.S. is willing to use its military might to prevent it from obtaining nuclear weapons.

That is the intention of the Biden administration’s rhetorical shift. The reality, however, is more troubling.

Allies and adversaries pay more attention to America’s deeds than its words. The most glaring deed in this respect is Biden’s withdrawal and surrender to the Taliban in Afghanistan. In that one feckless act, the world saw a superpower humbled by a gang of fundamentalists, because its last two presidents wouldn’t leave a few thousand troops in a country to defend an elected government that its blood and treasure made possible.

If the U.S. wouldn’t use its military to stave off such a humiliation, would it risk a new war to prevent Iran from obtaining nuclear weapons?

The second reason Blinken’s talk of “every option” won’t work is because the administration still believes the 2015 nuclear deal thwarted Iran’s nuclear ambitions. It’s worth listening to a conversation this week between Aaron David Miller, a senior fellow at the Carnegie Endowment for International Peace, and Rob Malley, the White House special envoy for Iran. “Of course, we have to prepare for a world, which we are doing now, where Iran doesn’t have constraints on its nuclear program and we have to consider options to deal with that,” Malley said.

Malley’s comment is revealing. Like Obama, whom Malley served in his second presidential term, the envoy presents the 2015 nuclear deal as a meaningful check on Iran’s nuclear ambitions. And while that deal did place strict limits on the quantity and quality of uranium Iran could enrich, most of these limits were set to expire between 2025 and 2030. More important, a library of nuclear plans stolen in 2018 by Israel’s intelligence agency, the Mossad, disclosed the extent to which Iran had concealed military elements of its program during the negotiations with the Obama administration and five other nations.

As a result, the 2015 nuclear deal accounts for only the nuclear sites Iran had declared, and not the ones it hid for years from the international community. The International Atomic Energy Agency is now seeking access for its inspectors to three sites revealed by the Israeli operation. The Iranians have stonewalled.

So, at best, the 2015 deal is a partial and temporary constraint on Iran’s nuclear program. Considering that Iran’s supreme leader has said there will be no follow-on agreement to address that deal’s weaknesses, it erodes U.S. credibility to pretend a return to the 2015 bargain would place Iran’s nuclear program in a box.

The good news for Blinken, Biden and Malley is that there is another way to constrain Iran’s nuclear ambitions. In fact, it’s been in effect for several years now. Israel’s Mossad has waged a remarkably successful intelligence war of sabotage and assassinations against Iran’s nuclear program with real success. Yossi Cohen, who stepped down as Mossad chief in the summer, was uncharacteristically candid at a Jerusalem Post conference this week, saying Iran “is not even close to acquiring a nuclear weapon” due to what he called “longstanding efforts by some forces in the world.”

What Cohen means is that even though Iran has demonstrated the capability to enrich uranium to a high enough concentration for a weapon, Israel has degraded its ability to place that fuel in a warhead. Some of this success is due to the Central Intelligence Agency’s close coordination with the Mossad under the Trump administration. If Biden is serious about a plan B if Iran diplomacy fails, he should instruct his spies to enhance that partnership.

Sabotage and assassinations are of course no panacea. Even the best intelligence operations are prone to human error. But they are a better option than expecting a regime of fanatics to be cowed by vague talk of new options and nostalgia for a weak nuclear agreement.