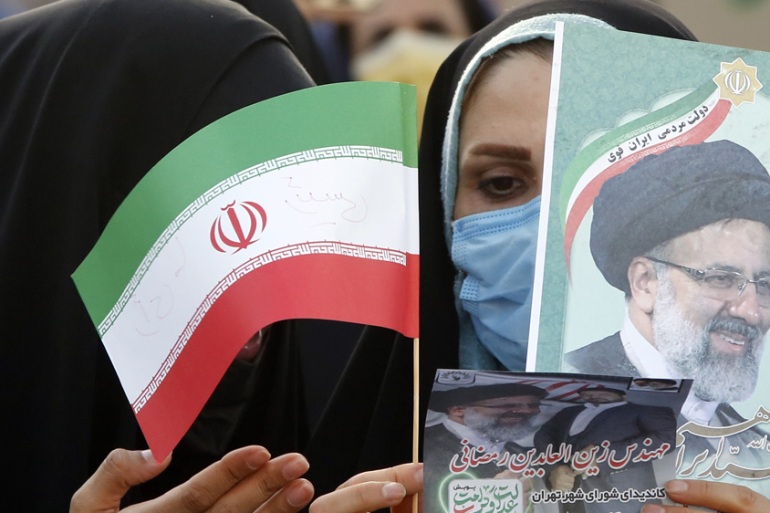 As predicted by analysts, the provisional results of Iraq’s legislative elections, held on 10 October, were not short on surprises. While Shiite firebrand cleric Muqtada Al-Sadr’s Sairoon alliance emerged as the largest bloc in the new legislature with at least 73 seats, from 54 in the previous elections, the extent of the loss of pro-Iran militia political alliance, Al-Fatah under Hadi Al-Amiri, was unexpected and carries within it crucial messages by Iraqi voters.

It is not surprising that moments after the announcement of early results that Amiri was quick to reject the outcome as “fabricated” adding that he will not accept them at any cost. His alliance represents a number of pro-Iran militias including Asaib Ahl Al-Haq, Badr, Kataib Hizbollah and others; most associated with the Popular Mobilization Units (PMU) established to fight Daesh as a paramilitary group. They decided to contest the 2018 elections, which according to most analysts was tainted, and formed the second largest bloc with 48 seats. This time they only won 14. They may gain a seat or two when final ballots are counted. It was noted that their losses were in majority Shia regions including Najaf, Karbala and Basra.

VDO.AI
These are the same militias that had attacked the US embassy compound in Baghdad and military bases across the country. Their loss is a setback for Tehran, which had gained considerable political and military leverage inside Iraq in recent years because of the PMU.

But Iran’s loss here was compensated by the surprise gains made by the alliance led by former Prime Minister Nuri Al-Maliki, whose name is associated with stirring sectarian violence, gross human rights violations, mass corruption and fealty to Iran. His State of Law coalition came third with 37 seats.

While voter turnout was especially low at 41 per cent, it is important to note that so-called Tishrinis, in reference to the October 2020 popular uprising that brought down the government of Adil Abdel Mahdi, were able to gain between 15 to 20 seats. There are also a number of independent candidates who ran on tribal basis under a new single vote system.

Until the Elections Commission delivers the final results, which are unlikely to change much, Iraqis will hold their breath as they await the final response of pro-Iran militias which have become a gadfly for Prime Minister Mustapha Al-Kadhimi who had tried to integrate the militias into the regular army and withdraw all sorts of illegal weapons outside the realm of the state. The PMUs were accused to killing more than 600 protesters in the October uprising and many believe they have been involved in the assassination of political activists.

These groups are now Iraq’s main security challenge and it is most likely that their clash with the state is forthcoming. Meanwhile, the regular horse trading will start among various blocs. Al-Sadr’s alliance needs two thirds of the vote to name a new prime minister. He is expected to align himself with former Sunni Speaker Mohammad Halbousi whose list won 41 seats. Other moderate blocs and independents might also join the new alliance.

The bargaining process will heat up over the identity of the next prime minister and head of state; The Kurds who can tip the balance are demanding that the next president be one of theirs. The current Prime Minister, Kadhimi, has been supported by Al-Sadr in the past and he may still be the best candidate for now. Former Prime Minister Haidar Al-Abbadi and other familiar faces that had dominated the scene for years are all absent.

When and how the newly elected deputies finish building alliances and blocs — this may take some time — a new phase in Iraq’s turbulent reality will begin. The challenges remain the same: fighting corruption, rebuilding, improving the economy and the livelihood of millions of Iraqis. Iran will do its best to keep its grip over Iraqi internal affairs and that issue will be more divisive than ever before.

For the Americans, Kadhimi’s return will be good news. He is now a known quantity and one that can be trusted. His efforts to keep Iraq out of the US-Iran showdown achieved some results when Baghdad hosted an international regional conference that was attended by the French president and leaders of Iraq’s neighbours. The US will maintain some military presence in Iraq to help the Iraqi army fight remnants of Daesh who had reappeared in recent months.

More than 18 years after the US invaded Iraq and toppled its leader, the country remains far from reaching reconciliation and stability. That goal remains elusive for now but this latest election may prove to be an important milestone towards better days ahead.