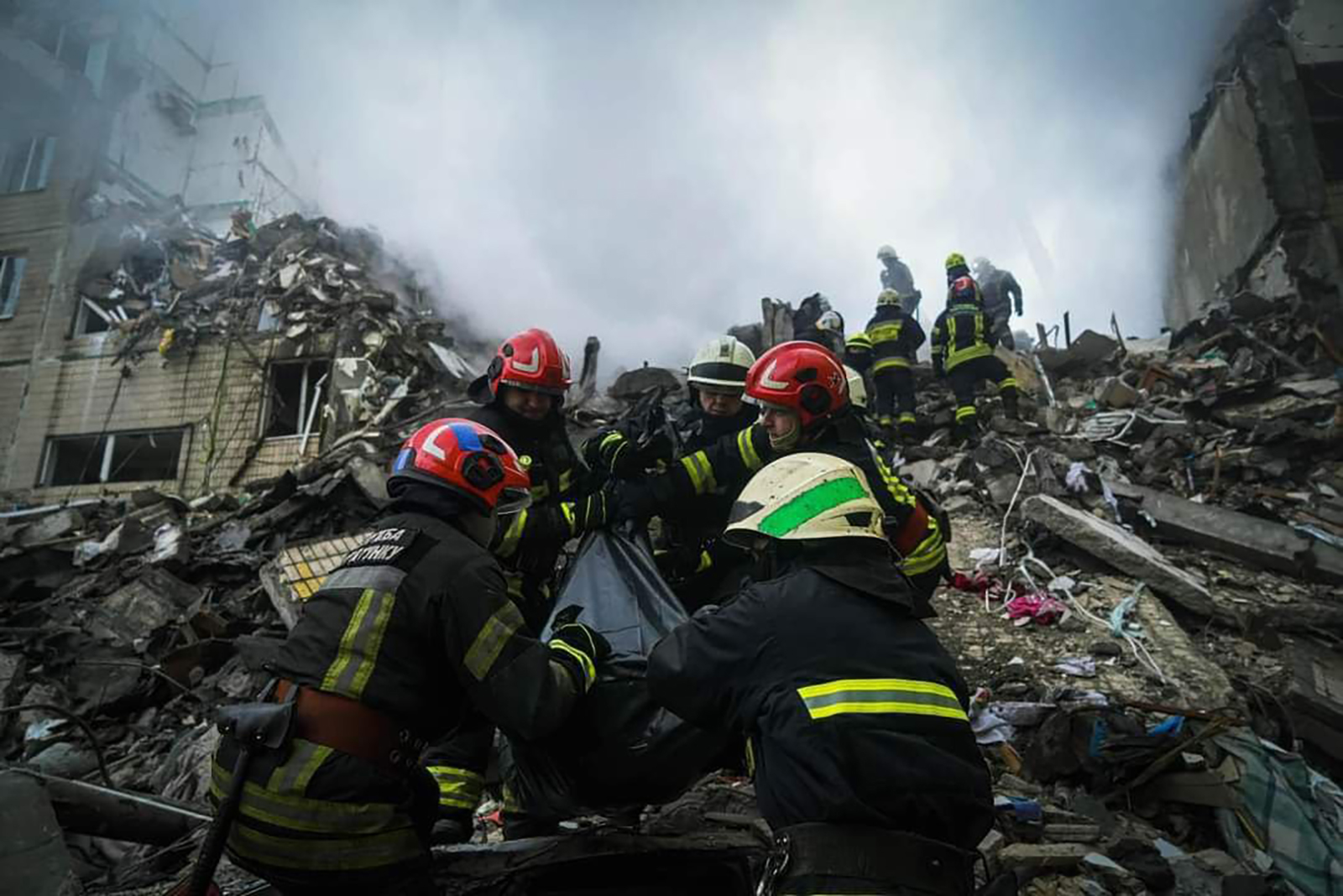 In Dnipro, there is grief, exhaustion and anger.

Early on Saturday afternoon, as families relaxed at home in the central Ukrainian city, a Russian cruise missile struck a nine-story apartment building overlooking a park near the river, killing at least 35 people.

The core of that building is now gone, transformed into a mountain of jumbled concrete. Apartments were sliced in half when the missile — with a warhead of nearly one metric ton — penetrated all the way to the basement.

Svitlana Lishchynska, who lives in a neighboring building, said the impact shook everything from the walls of her home.

“At the same moment, my daughter, who had gone for a walk with her friend, called and told me about the loud explosions. I ran to her. The closer I got, the more it looked like hell,” she said.

“When I got there, I froze — the two entrances simply did not exist anymore. They had turned into a pile of concrete and a gaping hole. It was a picture of the apocalypse. Everyone was in a kind of stupor, because it was impossible to believe that this was happening to us.”