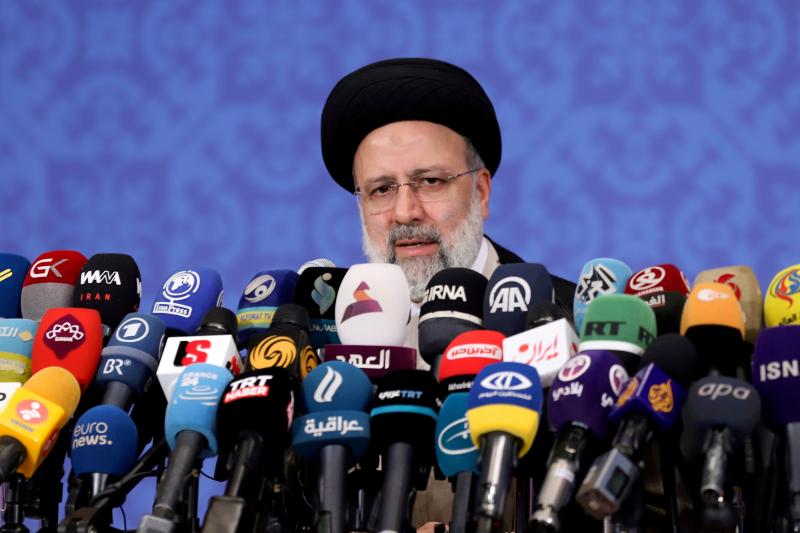 Tehran Will Go Nuclear—and Regret It

After years of high tensions and fitful diplomacy, it should now be clear to all that there will be no negotiated solution to the Iranian nuclear issue. And although U.S. presidents and Israeli prime ministers have routinely insisted that all options remain on the table, it is unlikely that either the United States or Israel will use overt military force to eliminate Iran’s nuclear program. It is time to start envisioning a world with a nuclear-armed Iran.

Critics of the theocracy in Tehran tend to cast that outcome as a nightmare scenario. In fact, going nuclear could lead to the undoing of the Islamic Republic. Getting the bomb would likely backfire on the regime, in part by sparking a much-needed reset of U.S. policy that would allow Washington to finally focus on the Islamist state itself and not just its nuclear apparatus. A nuclear arsenal would not offer the regime the security it so desperately craves; to the contrary, soon after testing a nuclear weapon, the theocracy would find itself more vulnerable than ever.

MUCH PAIN, NO GAIN

Since 2005, four U.S. presidents have made resolving the Iran nuclear issue a priority. But neither diplomacy nor covert action nor the threat of military force has done much to slow Iran’s march toward the bomb, much less stop it. There is little doubt that Tehran, building on decades of illicit research and production, could quickly enrich enough uranium to test a nuclear device. And the hard men who rule Iran are too suspicious of the United States and the global order it leads—and too committed to achieving regional hegemony—to simply stop at the threshold of acquiring the bomb. The Islamic Republic is not Japan.

Soon after the Iranians test a nuclear weapon, there will be much handwringing and finger-pointing. American credibility will be in tatters, and U.S. allies and partners in the region will begin to doubt Washington’s commitment and ability to protect them. Iran will be seemingly at the height of its power.

But the Islamic Republic will then discover the reality that all other nuclear-armed states, including the United States and the Soviet Union, have eventually grasped: it is nearly impossible to translate an atomic capability into strategic advantage. The mullahs who rule Iran have spent decades pursuing the bomb—weathering international isolation, sanctions, and a campaign of assassinations and subversion—and they will surely try to press their perceived advantage. They will brandish their arsenal and make demands, such as insisting that U.S. forces leave the region and that oil prices be set according to their preferences.

It is nearly impossible to translate an atomic capability into strategic advantage.

But what will they do if they are rebuffed? What happens if Israel and Saudi Arabia, backed in no uncertain terms by Washington, react to Iran’s provocations with their own show of determination? It is extremely doubtful that Iran would risk its own obliteration by using nuclear arms against them. In the end, the weapon that was supposed to enshrine Iran’s regional hegemony will likely result in no measurable change in Iranian power.

That outcome, however, would depend to a great degree on how Washington responded to Iran’s nuclear test. The U.S. president would need to deliver an address insisting that nothing in the region had changed with the advent of an Iranian bomb and that the United States was still prepared to defend its allies. Washington would have to put Tehran on notice that it would be held responsible for any use or transfer of its new weapons. To reinforce that message and communicate its seriousness of purpose, the United States would need to deploy nuclear-armed vessels to the Persian Gulf and even place atomic-tipped missiles controlled by U.S. forces in the Gulf states. There would be tense moments and standoffs; Washington would need to demonstrate a tolerance for risk.

Once Iran goes nuclear, however, neutralizing the impact of an Iranian bomb should not be Washington’s sole mission: the larger goal should be to finally craft a global consensus against the Islamic Republic. The United States and its allies will have to levy harsh sanctions against the regime and further isolate it by pushing for the United Nations to formally censure Iran. Washington will need to persuade its European allies to sever diplomatic relations with Tehran. Those steps would not shut off all avenues of commerce with Iran: China would continue to purchase some of its oil, for one thing. But Japan and South Korea would need to cease doing so. The United States would also need to further restrict Iran’s commercial relations by stripping the regime of its ability to use the international banking system and repatriate its money from abroad. That would have the effect of reducing the regime to bartering, and a nation of 85 million people cannot live that way forever. The Islamic Republic would not bend—but it might break.

Some might object that a similar strategy has not broken the regime in North Korea, which defied the world by going nuclear in 2006 and has managed to stay in power despite economic and political isolation. But that comparison ignores the vast differences between the two countries. Unlike North Korea, Iran has a rich history of protests and revolutions that have toppled governments. Politics and society in Iran are not nearly as regimented as in North Korea. The regime in Tehran is brutal and oppressive, but it does not exercise the same level of control as the regime in Pyongyang.

Getting the bomb would also undercut the regime’s quest for regional hegemony: the weapon that the mullahs would hail as the country’s strategic salvation could instead trigger a nuclear arms race in Iran’s neighborhood. It is hard to imagine the Saudis standing idly by as their main rival brandishes an atomic arsenal. Turkey, desperate to be a consequential power in the region, might also get in on the act. The Middle East would suddenly become more volatile—and Iran would be less secure.

In this scenario, a crucial factor would be the effect of a nuclear-armed Iran on domestic U.S. politics. Few other international topics have so intensely divided Republicans and Democrats in the past few years. Democrats have castigated Republicans as warmongers who reflexively abjure sensible arms control. Republicans have denounced Democrats as agents of appeasement. With the nuclear question settled, both parties would have incentives to get tougher on Iran. Republicans are already hawkish and would be unlikely to dial down their animosity. And Democrats would be vulnerable to the charge that they let Iran get the bomb, giving them clear reasons to embrace a harsher position. In this way, political calculations would likely foster a new consensus in favor of confronting and undermining the Islamic Republic.

The most consequential victim of an Iranian bomb will be the theocracy itself.

Free of the divisive debate over the nuclear issue, Washington would be able to focus on the character and nature of a regime that represses its population and has recently installed a mass murderer as president. Disgust with Iran’s horrendous record on human rights would grow on both sides of the aisle and would serve as a platform for greater unity on the need to weaken the regime’s position through covert action and support for dissenters inside Iran. Not all Democrats and liberals would suddenly be converted to the cause of regime change. But once Iran goes nuclear, the notion that the mullahs would moderate if only Americans tread gently will no longer resonate. At the same time, U.S. politicians from both parties will have to understand that an Iranian bomb will make it harder to leave the Middle East behind and pivot or rebalance U.S. foreign policy toward Asia. For both strategic and political reasons, the United States can demonstrate strength to Iran only if it maintains a robust presence in the region.

Ultimately, the most consequential victim of an Iranian bomb will be the theocracy itself. The regime has spent billions of dollars on its atomic program and has suffered massive sanctions. When it finally succeeds and finds out that it yields no strategic benefit and further aggravates its economic dilemmas, it will confront explosive domestic political blowback. The Islamic Republic has already forfeited much of its legitimacy with contrived elections, dismal economic performance, massive corruption, and a mismanaged response to the COVID-19 pandemic. When a bomb that the regime had promised would enhance the country’s stature instead merely further drained its treasury, the public outcry will be immense and overwhelming.

The Iranian people are hardly docile subjects tolerating their government’s many abuses. In the past few years, members of nearly every social class have taken to the streets all over the country to protest against the regime. The mullahs will no doubt try to crush any mass movement that seeks their overthrow. But despite a façade of strength, the regime finds itself in the weakest position domestically that it has faced since its inception. And just as an Iranian bomb would solidify an anti-regime consensus in Washington, so, too, would it fortify opposition to the mullahs at home.

Some might object that even if getting the bomb backfires and contributes to the fall of the theocracy, a nuclear-armed Iran governed by something other than the current regime would itself pose a major problem for the United States and its partners and allies in the region. But if the regime fell, its successor would most likely emerge from the crucible of the opposition. As such, it would probably focus on internal economic development, mending fences with the international community, and acceding to global norms. A new Iranian government would likely reverse course on nuclear arms in order to deal with the myriad problems it would face at home. It would have every reason to heed the lesson that the current regime seems intent on learning the hard way: for Iran, the costs of having a nuclear weapon will far outweigh the benefits.