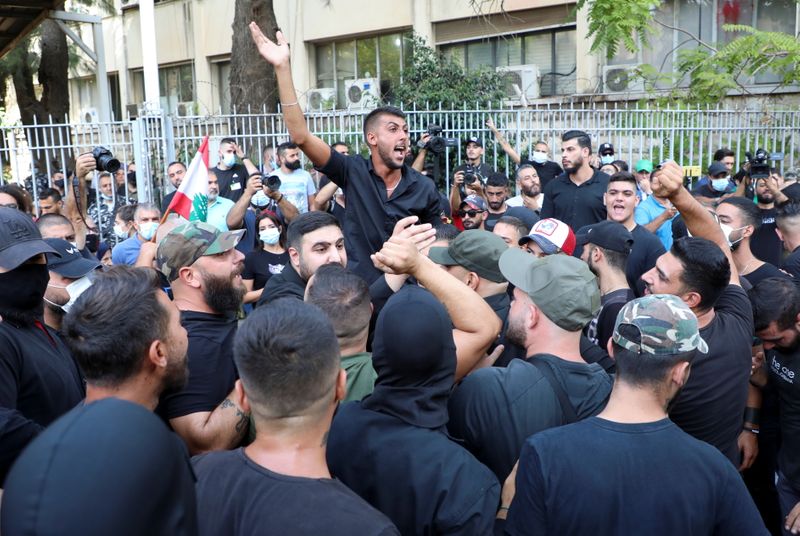 FILE PHOTO: Supporters of Lebanese Shi’ite groups Hezbollah and Amal and the Christian Marada movement take part in a protest against Tarek Bitar, the lead judge of the port blast investigation, near the Justice Palace in Beirut, Lebanon October 14, 2021. REUTERS/Mohamed Azakir

On Thursday, seven people were killed in Beirut as crowds headed for a protest called by Amal and its Iranian-backed ally Hezbollah.

The incident marked the worst street violence in over a decade and added to fears for the stability of a country that is awash with weapons and suffering an economic meltdown.

Amal urged the authorities to arrest all those responsible.

Hezbollah blamed the Christian Lebanese Forces (LF) party for the deaths, an accusation that LF head Samir Geagea denied. The LF condemned Thursday’s events and blamed the violence on Hezbollah’s “incitement” against Tarek Bitar, the lead investigator in a probe into last year’s blast at Beirut port.