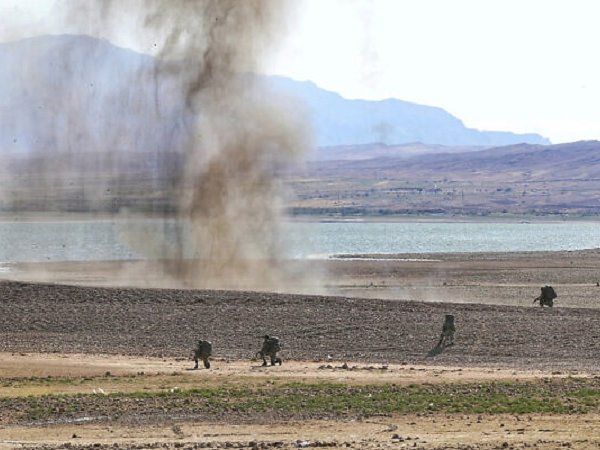 One year after the 44-day war between Armenia and Azerbaijan over Nagorno-Karabakh, another conflict in the Caucasus is brewing. This time, tensions have risen between Iran and Azerbaijan, following Baku’s arrest of Iranian truck drivers and its joint military drills with Turkey and Pakistan. While a full-scale confrontation between the two nations remains unlikely, the flare-up demonstrates the deep underlying tensions in the region. Iran lost influence as a result of last year’s conflict, while its arch-enemy Israel and rival power Turkey strengthened their positions. The complex ethnic make-up, the abundance of energy resources and an intersection of expanding global trade routes means the scramble to hold sway in the Caucasus will continue.

On October 1, Iran conducted massive military exercises on its northern border with Azerbaijan. Thousands of troops, dozens of tanks, artillery guns and helicopters were deployed in the largest drills since the 1990s. Azerbaijan responded by flexing its military muscles together with its ally Turkey. The Caucasus nation has also deployed anti-aircraft systems near the capital Baku, which is not surprising given that Mohammad Bagheri, the Islamic Revolutionary Guard Corps military commander and Iran’s chief of staff, said that in case the conflict escalates, “IRGC will attack Azerbaijan with 4,000 missiles, which will completely destroy Baku.” Moreover, the head of the forces of the IRGC in Tabriz, Col. Hossein Pursmail said that “the repetition of Israel’s threats against Iran through the mouth of the Republic of Azerbaijan is not only not in the interests of Baku, but is also a threat to its very existence.”

Indeed, Israel played a very important role during the war in Nagorno-Karabakh in 2020 by supplying Azerbaijan with sophisticated weapons, including so-called kamikaze drones. However, the Jewish state and the energy-rich former Soviet Republic have been strategic partners for many years. Tehran now accuses Baku of also hosting Turkey-backed Syrian fighters on its territory, although some reports suggest they were already there during the 44-day war. But why did Iran remain silent for more than a year about these concerns?

After last year’s war, the Islamic Republic lost much of its influence in the Caucasus, and Turkey significantly improved its positions. Even Pakistan managed to increase its standing in the region. In September, troops from Pakistan, Turkey, and Azerbaijan held military drills near Baku, despite protests from Tehran. More importantly, as a result of the 2020 conflict, Azerbaijan captured most of Nagorno-Karabakh and surrounding regions, which means that transport routes from Iran to Armenia now go through Azerbaijan, and not through the territory that was controlled by ethnic Armenians for more than two decades. In other words, there is a new geopolitical reality in the Caucasus, and Iran has many reasons to be worried.

That, however, does not mean that the Islamic Republic is ready to launch an attack on its northern neighbour. After the presidents of Azerbaijan and Turkey, Ilham Aliyev and Recep Tayyip Erdogan, signed the Shusha Declaration in June, the two countries became close military allies. According to the document, the parties pledged to jointly act in response to military threats. Iranian leaders are quite aware that Baku is not on its own. A war against Azerbaijan would also mean a war against Turkey, and it is almost certain that Pakistan and Israel would provide military assistance to the Caucasus nation. Thus, Tehran is unlikely to choose to get involved in such a risky adventure.

Although there were rumours that the Islamic Republic could deploy its troops to Armenia to prevent Turkey and Azerbaijan from capturing southern parts of the country, such an option does not seem very probable. Armenia is a member of the Russia-dominated Collective Security Treaty Organization and is heavily dependent on Moscow. Russia’s peacekeeping troops have been stationed in Nagorno-Karabakh since November 2020, and the last thing the Kremlin needs is another conflict in its zone of influence.

For Iran, however, the southern Armenian province of Syunik, which the Azerbaijanis call Zangezur, is a weak point. This strategically important region separates the main territory of Azerbaijan from its isolated exclave – the Nakhchivan Autonomous Republic. Given that Baku and Yerevan have gradually started to normalise their relations, it is a matter of time before the two nations build a land corridor that will connect Baku not only with Nakhchivan but also with Turkey. The Nakhchivan corridor would become part of a global trade route from China to Europe through the Caspian Sea and would bypass Iran. Meanwhile, the Islamic Republic partially funded the construction of an international transport corridor, known as the North-South project, that goes from Russia to Iran through Azerbaijan and connects by the sea with India. If there was a serious confrontation with Baku, the very construction of the corridor would be jeopardized.

Iran’s options are, therefore, rather limited. Hypothetically, Tehran could take a chance and fight a war against Azerbaijan, but in that case, millions of Azerbaijanis living in Iran could support a guerrilla war against the Islamic Republic. Azerbaijan’s victory in the 44-day war against Armenia resulted in the growth of national pride among Iranian Azerbaijanis, which means that Tehran will have to think twice before engaging in confrontation against its northern neighbour.

Indeed, there have been signs of de-escalation with the arrested Iranian truck drivers now free and the countries’ foreign ministers pledging to resolve differences through dialogue.

One thing is for sure. A potential war in the energy-rich Caucasus region would result in even higher gas prices in the global market.