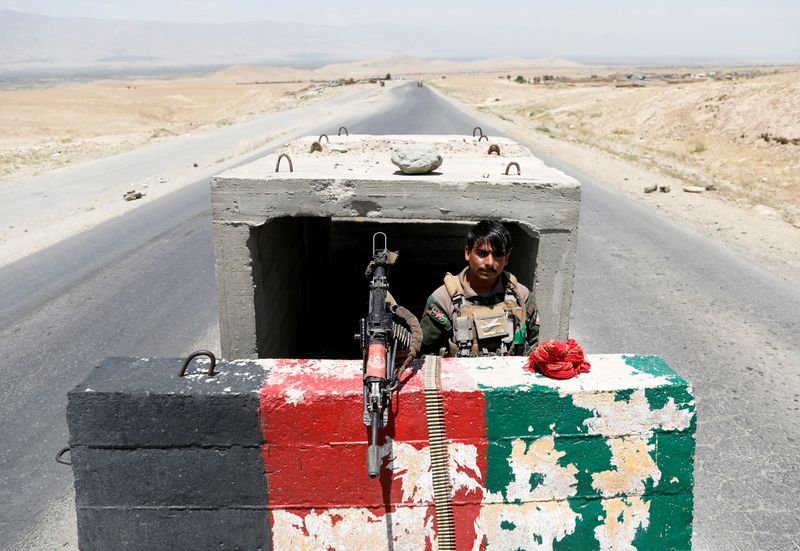 HERAT/KABUL (Reuters) – Taliban insurgents on Wednesday reached the entry points to the capital of Afghanistan’s northwestern Badghis province, officials said, causing panic among local people and prompting prisoners to break out of the city’s prison.

Provincial governor Husamuddin Shams told Reuters the Taliban had attacked the city of Qala-e-Naw from three directions in the morning and Afghan security forces were fighting them back.

“They entered some parts of the city, but later on the enemy was faced with a strong reaction,” he said. “Right now, after around two hours of clashes in the city, the enemy is forced to retreat.”

“Qala-e-Naw was in a state of disarray as security forces and people do not know what to do now,” said Abdul Aziz Bek, head of Badghis provincial council.

“More than 200 prisoners in the central prison of the Badghis broke the prison gate and escaped,” said Bek.

As foreign force withdraw from Afghanistan after almost 20 years, Taliban fighters are swiftly gaining ground across towns in the north and western provinces, forcing soldiers to surrender and civilians to flee.

Shams said other districts of Badghis outside the capital were in the hands of the Taliban as security forces evacuated.

Afghan defence minister Bismillah Mohammadi said in a statement the war was entering a “difficult” stage and security forces were “defending Afghanistan and our compatriots with all their might and resources under all circumstances.”

Negotiations between Afghan government and Taliban negotiators in Qatar have failed to make substantive progress in recent months, though the warring sides have been holding meetings in recent days.

Iran on Wednesday told Taliban and Afghan government representatives it stood ready to help end the crisis in Afghanistan, urging the country’s people and politicians to make “difficult decisions” about its future.