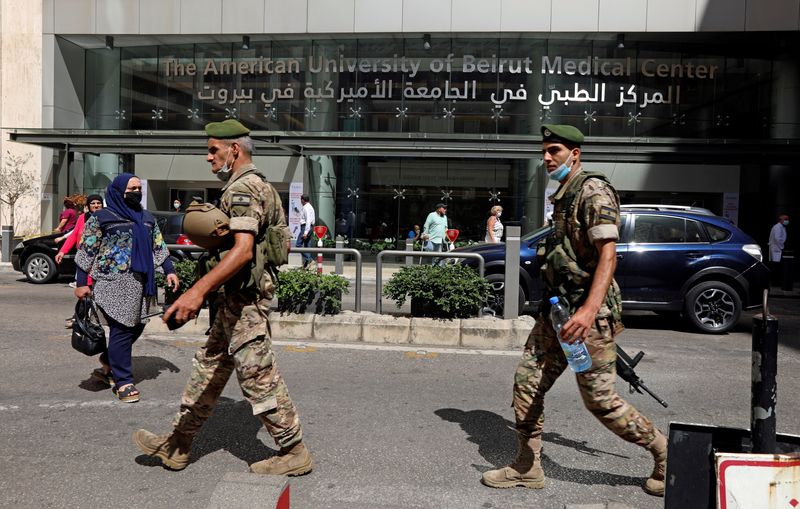 DUBAI (Reuters) – Qatar will provide the Lebanese armed forces with 70 tonnes of food a month, the Qatari state news agency QNA reported, as Lebanon seeks assistance amid its worst economic and political crisis since a 1975-1990 civil war.

Lebanon’s army chief Joseph Aoun had appealed to world powers at meeting in France last month for assistance for soldiers, whose wages have plunged in value as the Lebanese pound has crashed and inflation has soared.

Qatar’s donation was announced on Tuesday during a visit to Beirut by Foreign Minister Sheikh Mohammed bin Abdulrahman Al-Thani. QNA did not give details about the food aid offered.

Lebanon’s cabinet resigned after a massive Beirut port blast in August last year and has been acting in a caretaker capacity since then, while the economic crisis in the heavily-indebted Arab country has deepened. The Lebanese pound has lost 90% of its value against the dollar since the crisis erupted in 2019.

Lebanon has long looked to the Gulf for financial aid in the past, but Sunni Muslim Gulf Arab nations such as Saudi Arabia have become increasingly reluctant to help because of the rising influence of Hezbollah, a Lebanese Shi’ite group back by Iran.

Western and other international donors have demanded a new government and major reforms before providing assistance.