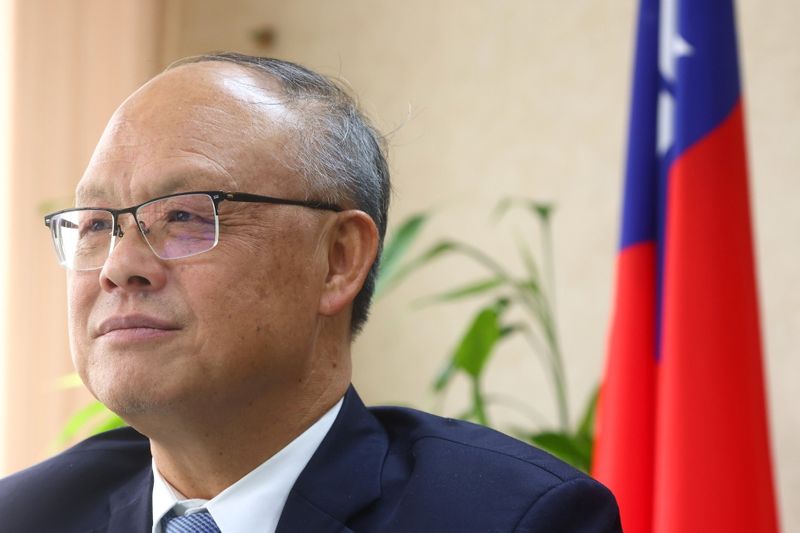 TAIPEI (Reuters) – Taiwan’s chief trade negotiator John Deng told the United States on Wednesday that he hopes the two can “gradually” move towards a free trade agreement as they began long-delayed talks, a deal which would further cement Washington’s support for Taipei.

“We hope that through the TIFA platform, the two sides can continue to deepen their relationship and gradually move towards a free trade agreement,” he added.

The Biden administration has moved to reaffirm its strong commitment to the democratically governed island in the face of pressure from Beijing to try and assert its sovereignty.

Taiwan has long angled for a free trade deal with the United States, though any such agreement with Taiwan would likely irritate Beijing, which says the island is Chinese territory and does not have the right to state-to-state relations.

The top U.S. diplomat in Taiwan, Brent Christensen, told the opening session the resumption of the TIFA talks was an “essential element of our revitalised engagement on trade”.

“I am confident that today’s talks will help put the U.S.-Taiwan economic relationship on the right path for more cooperation and more progress in the future.”

While Taiwan is a member of the World Trade Organization, many countries are wary of signing trade deals with the tech powerhouse fearing objections from China, though Taiwan does have free trade deals with Singapore and New Zealand.

Last year, Taiwan’s government lifted a ban on the import of pork containing a leanness-enhancing additive, ractopamine, removing a major stumbling block to a deal with Washington.