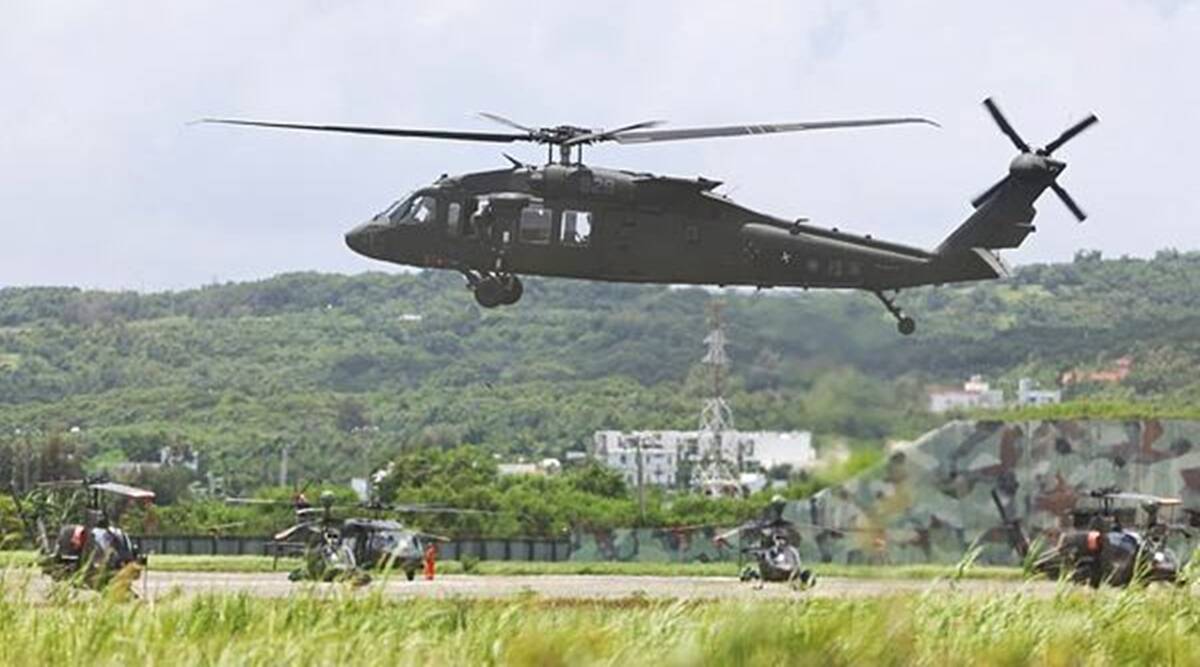 Taiwan’s foreign minister said Tuesday that China is using military drills to rehearse an invasion of the self-governing island democracy, while Taiwan’s military began its own live-fire exercises in a show of readiness to thwart off a potential attack.

Joseph Wu said Beijing aims to establish its dominance in the Western Pacific and annex Taiwan, which it claims as its own territory. That would include control of the East and South China Seas via the Taiwan Strait and preventing the U.S. and its allies from aiding Taiwan, he told a news conference in Taipei.

China says its drills were prompted by the visit to the island last week by U.S. House Speaker Nancy Pelosi, but Wu said China was using her trip as a pretext for intimidating moves it has long had in the works.

China also banned some Taiwanese food imports after the visit and cut off dialogue with the U.S. on a range of issues from military contacts to combating transnational crime and climate change.

The U.S. has no formal diplomatic ties with Taiwan in deference to Beijing, but is legally bound to ensure the island can defend itself and to treat all threats against it — including a blockade — as matters of grave concern. That leaves open the question of whether Washington would dispatch forces if China attacked Taiwan.

President Joe Biden has said repeatedly the U.S. was bound to do so, in comments swiftly walked back by his staff.

The exercises show China’s “geostrategic ambition beyond Taiwan,” Wu said. “China has no right to interfere in or alter” the Taiwanese people’s democratic process or interaction with other nations, he said, adding that Taiwan and the mainland are separate jurisdictions with “neither subordinate to the other.”

Since Thursday, China has sent military ships and planes across the midline in the Taiwan Strait and launched missiles into waters surrounding the island.

Ignoring calls to calm tensions, Beijing has extended the exercises that amount to a blockade without announcing when they will end. The drills have disrupted flights and shipping in one of the busiest zones for global trade.

Taiwan has put its forces on alert, but has so far refrained from taking active counter measures. On Tuesday, its military held live-fire artillery drills in Pingtung County on its southeastern coast.

The army will continue to train and accumulate strength to deal with the threat from China, said Maj, Gen. Lou Woei-jye, spokesperson for Taiwan’s 8th Army Command. “No matter what the situation is… this is the best way to defend our country.”

A visitor from the nearby port city of Kaohsiung said the exercises were necessary to “let China know we are prepared.” “I hope both sides can exercise restraint. Fighting a war is not good for the ordinary people,” said the man, who gave only his surname Chen.

Taiwan, a former Japanese colony with only loose connections to imperial China, split with the mainland amid civil war in 1949. Despite never having governed the island, China’s ruling Communist Party regards it as its own territory and has sought to isolate it diplomatically and economically in addition to ratcheting up military threats.

Taiwan is a crucial provider of computer chips for the global economy, including China’s high-tech sectors. An extended crisis in the Taiwan Strait, a major thoroughfare for global trade, could have major implications for international supply chains at a time when the world is facing disruptions and uncertainty.