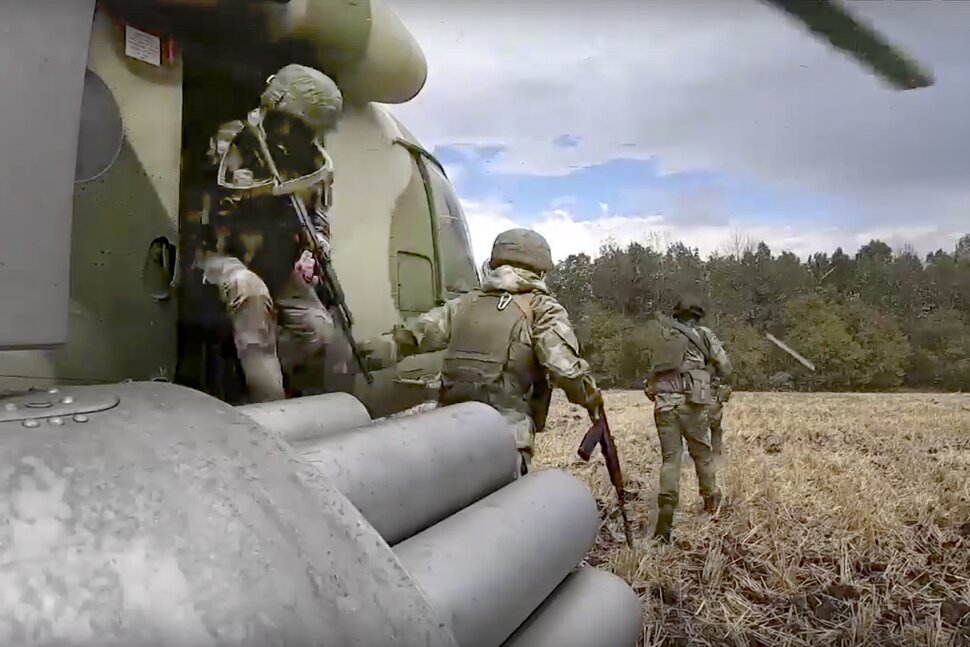 Russia has endured as many as 80,000 casualties since President Vladimir Putin ordered the invasion of Ukraine in February, according to the latest assessment from the Pentagon of the steep costs Moscow has paid.

Undersecretary of Defense for Policy Colin Kahl told reporters on Monday that the number of Russian soldiers killed or wounded in the fighting is somewhere between 70,000 and 80,000. Kahl, effectively the No. 3 civilian at the Pentagon, added that the number “is pretty remarkable given that Russia has achieved none of Vladimir Putin’s objectives in Ukraine.”

Kahl would not provide specifics on reports that the Ukrainian armed forces are also enduring unsustainable casualty levels, with some indications it may be as high as 200 per day. He noted, though, that the forces loyal to Kyiv have a marked advantage over the invaders as they are engaged in an existential battle to protect their homeland.

“They certainly assumed they could steamroll over Ukraine in a matter of days or weeks, and that turns out to have been a profound miscalculation,” he said.

The assessment of Russia’s losses – a dramatic increase over prior rough estimates of the costs to Moscow – comes as the U.S. and Ukraine’s other Western partners seek to break what analysts consider a burgeoning stalemate in the former Soviet state.

The Biden administration and other NATO countries have focused on providing advanced weaponry to their Ukrainian partners that can strike Russian command targets that were previously out of range, including HIMARS advanced satellite-guided rocket launchers.

Kahl spoke moments after the Defense Department announced a new shipment of $1 billion worth of military aid, to include more HIMARS and ammunition for it, bringing the total the U.S. has given to the Ukrainian military so far up to nearly $12 billion.

The fighting in Ukraine, which for weeks has centered in the country’s east, where Russia first invaded eight years ago, has devolved into an exchange of artillery fire and other long-range weapons though new assessments show Russia appears to be moving forces south.

British intelligence has observed “long convoys of Russian military trucks, tanks, towed artillery, and other weapons continue to move away from Ukraine’s Donbas region and are headed southwest” that is “reported to be moving from Russian-occupied Melitopol, Berdiansk, Mariupol and from mainland Russia via the Kerch Bridge into Crimea.”

Its Ministry of Defense military intelligence also concludes “poor performance” among Russian armed forces has led to the dismissal of at least six senior commanders since the beginning of the conflict.

U.S. officials have faced criticism in recent days over new reports that significant military aid they are providing is not making it to front lines where it is needed, with some indicating that as little as 30% gets through.