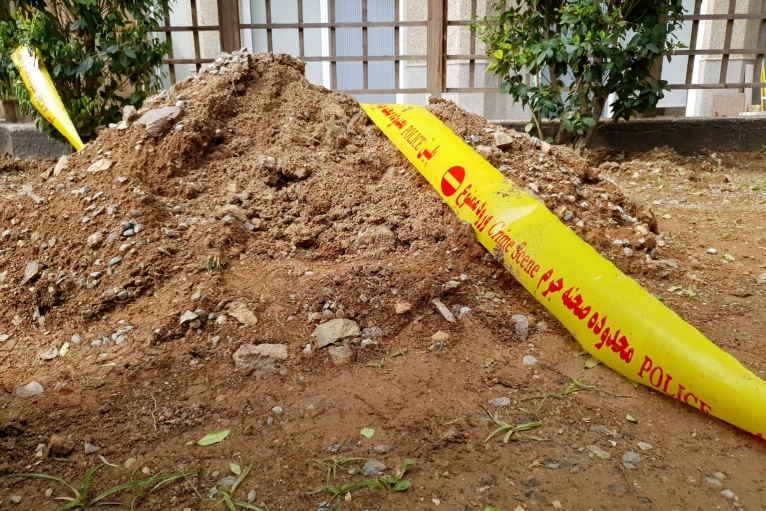 The Iranian police have announced an investigation into the death of a Swiss diplomat whose body a rescue official said was found on Tuesday morning at the foot of a tower block.

“Specialised police units are in the process of examining” the circumstances around the death of the “52-year-old Swiss citizen employed by the Swiss embassy in Tehran”, the national police said in a brief online statement.

Mojtaba Khaledi, spokesman for the national rescue service, said the body was found in the morning by a gardener after the diplomat “fell from a [residential] tower in Kamranieh”, a northern district of Tehran.

Khaledi told the AFP news agency that the diplomat lived in the tower block and had fallen from the 17th floor.

“This person was the first secretary of the Swiss embassy,” Khaledi told Mehr news agency. “The cause of her fall has yet to be determined.”

The Swiss foreign ministry (FDFA) confirmed an employee at its embassy in Iran had died in an accident.

“The FDFA and its head Federal Councillor Ignazio Cassis are shocked by the tragic death and express their deepest condolences to the family,” it said.

The Swiss embassy in Iran was in touch with local authorities over the matter, the ministry added.

Iran’s foreign ministry expressed condolences in a statement, saying it will make an announcement once investigations are complete.

The Swiss embassy handles US interests in Iran since ties between Washington and Tehran were cut in the aftermath of the 1979 Islamic revolution.