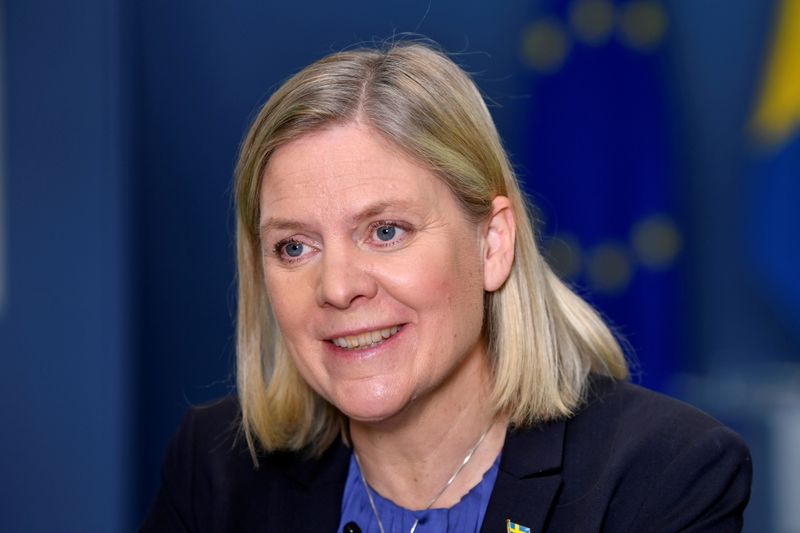 STOCKHOLM (Reuters) – Magdalena Andersson is favourite to become Sweden’s prime minister when her Social Democrat colleague Stefan Lofven steps down in November, but major challenges face the current finance minister if she is to keep the top job longer than a few months.

If Andersson is picked to head her party in November, she is likely to become Sweden’s first female prime minister – 40 years after neighbour Norway got its first woman leader and more than 60 years behind Sri Lanka, which was the first country to do so.

Yet staying in power will be tough.

A fractured parliament could scupper the budget, while polls show the centre-left bloc lagging the opposition ahead of a general election in September next year. Policy headaches include halting entrenched gang violence and retooling the economy to combat climate change.

“It is a challenging situation,” Nick Aylott, associate professor of political science at Sodertorn University, said. “But not hopeless.”

The first hurdle for the 54-year-old economist and tax agency boss will be to get the nod from parliament.

In decades past, the Social Democrats dominated politics. But centre-left support has ebbed across Europe, while at home the rise of the Sweden Democrats, a populist, anti-immigration party, has fractured traditional allegiances.

Andersson will need support from the former communist Left Party and the Centre Party – member of a right-leaning government in 2006-14, as well as current coalition partner the Greens.

Those parties will also have to back the autumn budget in December.

Andersson, who is likely to continue with Lofven’s brand of middle-of-the road social and economic policies, has outlined generous spending plans and income tax cuts for 2022.

But pleasing everyone will be tricky and a snap election cannot be excluded.

“I think we are going to see a very different style of leadership,” said Annika Strandhall, Social Security Minister in Lofven’s government until 2019.

“She knows how to compromise… but she is going to be much more direct.”

Lofven, known as skilled negotiator and dealmaker, only just managed to keep his fractious parliamentary backers in line during his seven-year tenure. Andersson, an elite swimmer in her youth, is widely seen as less conciliatory.

“If she thinks she’s right and someone else is wrong – which in principle is always the case – she is clear about it,” the Centre Party’s former economic spokesman Emil Kallstrom told Swedish television.

If Andersson makes it through the winter, a tough 2022 election beckons.

Sweden has recovered from the pandemic faster than many countries in Europe, but gang violence and worries over immigration have strengthened the right.

Lofven, a former welder and union negotiator who grew up in a foster-home, had the common touch with voters. Andersson – a graduate of one of Sweden’s top universities who spent time at Harvard – is more of a technocrat.

The pandemic remains a threat and Andersson will have to map out how to reach Sweden’s goal of net zero emissions by 2045 – while boosting jobs and welfare.

The scale of the task – particularly how to green Sweden’s industrial economy – could yet be Andersson’s trump card.