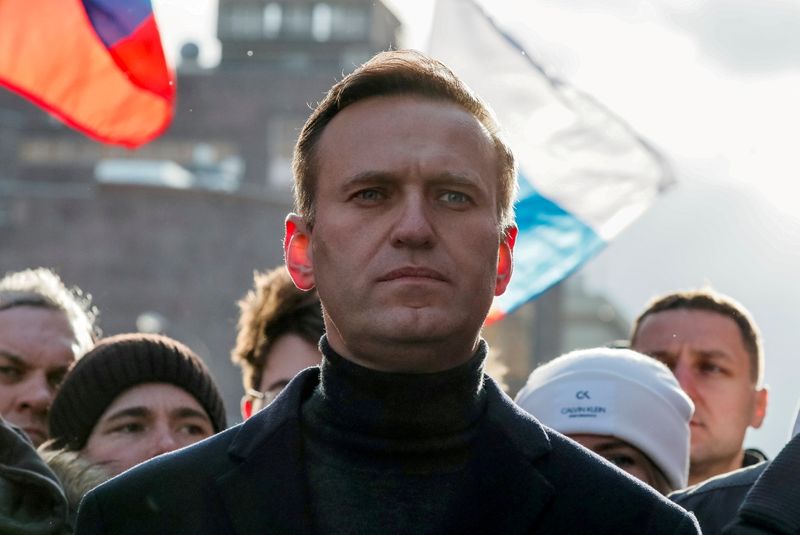 MOSCOW (Reuters) – Allies of jailed Kremlin critic Alexei Navalny urged Russians on Wednesday to vote for the Communist Party at a parliamentary election this week, part of a tactical voting campaign meant to hurt the ruling United Russia party.

Navalny’s “smart voting” campaign is designed to consolidate the votes of those who oppose United Russia, which currently holds three-quarters of the seats in the lower house of parliament and dominates Russian political life.

The initiative is one of the few remaining levers for Navalny, who is serving two-and-a-half years in prison for alleged parole violations, which he says are trumped up.

His movement was branded “extremist” in the run-up to the Sep. 17-19 vote, and a law signed by President Vladimir Putin in June barred members of such groups from running for office.

“Explain to everyone who isn’t satisfied with what is going on in the country that they need to go and vote in these elections.”

Putin, who has been in power as either president or prime minister since 1999, helped found United Russia but is not a member.

In the run-up to the vote, Putin approved higher salaries and one-off payments to military and law enforcement personnel. He pledged similar measures for pensioners.

Kremlin critics say the measures are designed to boost support for United Russia. The Kremlin says the support measures have nothing to do with the vote.