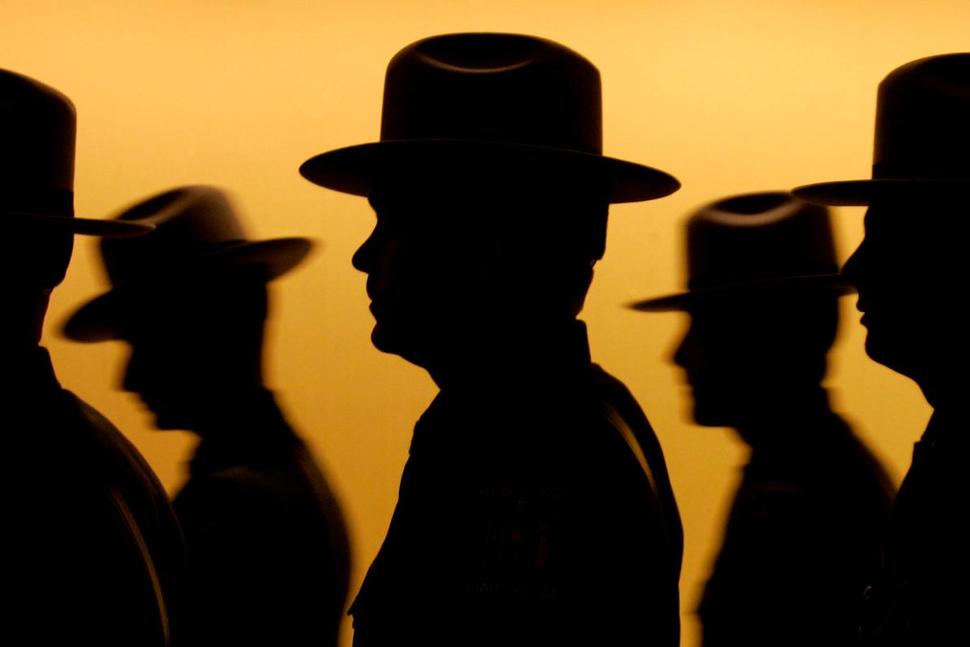 The New York State Police agency remains overwhelmingly white, an imbalance some troopers say is rooted in a legacy of racism.

An equal blend of black and white thread, the gray uniform worn by the New York State Police stands for the impartiality of justice.

But this attire belies disparities within the agency, which for generations has failed to fill its ranks with troopers who reflect New York’s diverse population.

The agency remains overwhelmingly white — an imbalance some troopers say is rooted in a legacy of racism.

Of more than 4,700 troopers, only 4% are Black and 6% are Hispanic — paltry proportions compared to the 16% and 19% of the state population those groups constitute.

A half-dozen minority troopers told The Associated Press discrimination has flourished within the ranks, despite the agency having been ordered to diversify by a judge in the 1970s.

One Black former State Police investigator, Michael Marin, recalled a white colleague admonishing him in 2008 to “take the cotton you’ve been picking out your ears.”

“It was like I was still on the farm,” said Marin, who retired in 2019. “It didn’t seem extraordinary to me because that’s how that job was.”

Trooper Lethonia Miller filed a complaint against a white supervisor for using racial slurs more than a dozen times in his presence. He said “the culture in the State Police was systemically racist.”

“No matter where I was or what I was doing, I was always reminded that I was Black,” said Miller, who retired in 2016 and is suing the agency for retaliation. “It’s depressing to work as hard as you can and still be considered less than your white male counterparts. Every time I heard the word it was as if I was being told, ‘You’re second class.’”

Current leaders acknowledge the agency’s lack of diversity has become more urgent amid a national reckoning over racial injustice.

“You can’t just keep doing the same thing and expect different results,” acting Superintendent Kevin Bruen said in an interview. “We patrol the state, so our ethnic breakdown should roughly mirror that. To say it’s a priority for me would be an understatement.”

New York’s is not the only state police force far whiter than its state population. All 38 state police departments that provided demographic data to the AP had a disproportionately high number of white troopers, when compared to each state’s population.

The Maryland State Police, for instance, is over 80% non-Hispanic white; that demographic group makes up only half the state’s population. And although 30% of the Maryland population is non-Hispanic Black, only 12% of the state police force is Black.

The U.S. Justice Department sued New York in 1977 for discriminating against minorities in promoting and hiring troopers, who patrol New York’s highways, and, in some parts of the state, respond to 911 calls and investigate crimes.

At the time, just 13 of the agency’s 2,712 troopers were Black. A federal judge mandated that 40% of recruits entering the State Police training academy be Black or Hispanic, seeking to bring minority representation in line with the state’s workforce.

The same judge dissolved the remedial hiring goals in 1989 after the agency managed to increase its Black and Hispanic representation to 9% and 6%, respectively. The consent decree was quietly lifted in its entirety in 2015 after the state argued it had made “great strides.”

The percentage of Black troopers had fallen to 6% by mid-2014 and has continued to decline.

Pedro Perez, a former New York State Police deputy superintendent who retired in 2010, said the consent decree was dissolved without any inquiry into “whether the attitudes of the officers and leadership was sufficiently changed.”

Those percentages of minorities, who are also underrepresented in senior leadership positions, are “as good as almost nothing,” said Michael Jenkins, a policing expert who teaches criminal justice at the University of Scranton. “The agency is in a tough position to argue otherwise.”

In one step, the agency is abandoning a requirement that potential recruits take tests in person at state police buildings that can be difficult to reach and allowing candidates to do the exams electronically.

“You could take this test in Okinawa, Japan, and still get onto our list,” Bruen said.

“What we need to do is reach people who don’t necessarily picture themselves as troopers,” Bruen added. “I firmly believe that being a great trooper is working for social justice and working for positive change.”

Kim Bryson, a senior State Police investigator on Long Island, provided AP a copy of an image a white colleague hung in her office. Superimposing her face on that of a Black woman at work in a kitchen, it was captioned “House of Chitlins” — a reference to food scraps given to slaves.

“It basically solidified for me who I was dealing with,” Bryson said, adding the incident happened eight or nine years ago. “I look forward to the day when I can honestly say the State Police takes racism seriously. Part and parcel of the problem is that it’s not punished. You might suspend someone, but there’s no educational arm to that.”

Another former deputy superintendent, Anthony Ellis, recalled a disciplinary case involving a white trooper who pulled over a Black motorist driving with a young white woman asleep in his passenger seat with a pillow and blanket. The trooper ordered the woman out of the vehicle to ensure she was alright.

Ellis, who led the State Police internal affairs bureau at the time, said a fellow ranking officer found no issue with the trooper’s directive, explaining it “could have been a carjacking.”

“I wasn’t as upset at the trooper — we can train him,” said Ellis, who is Black. “But I told my (colleague), ‘If you think someone doing a carjacking brings a pillow and a blanket, you’re in the wrong line of work.’”

“It created this real problem for members of color,” who weren’t consulted before the endorsements, Bryson said.

It was then Bryson decided to revive an organization known as the Guardians Association to represent the voice of minority troopers.

“We’re really at a crossroads,” Bryson said. “I still think that gray in the uniform can be impartial. We just have to strive to make it a perfect blend.”