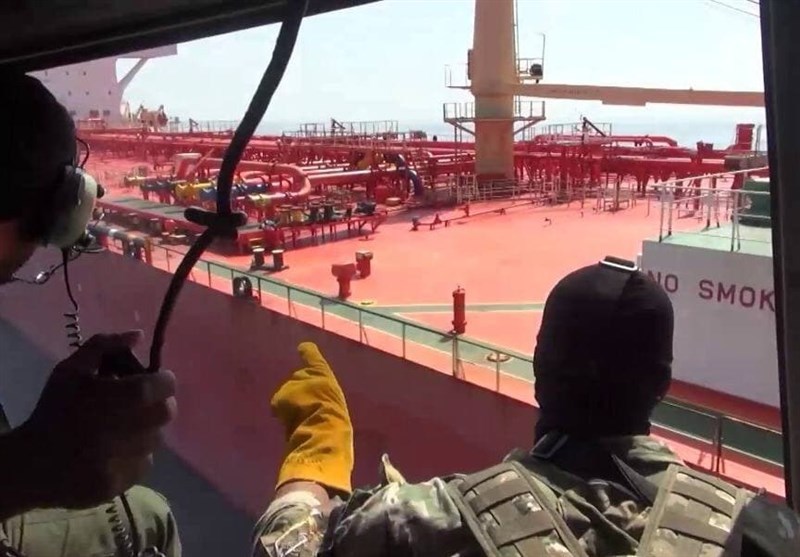 TEHRAN (Tasnim) – The spokesperson for the Iranian Foreign Ministry said the Islamic Republic stays in close contact with Vietnam over the seizure last month of a Vietnamese oil tanker off the Iranian coast.

Asked about a military incident in the Sea of Oman on October 25 that involved a Vietnamese-flagged oil tanker, Foreign Ministry Spokesperson Saeed Khatibzadeh told reporters at a press conference on Monday that he would make no comment about the stories invented by a number of foreign media.

“What is clear is that we are in close contact with the government of Vietnam and the procedures relating to the vessel are being carried out,” he added.

The spokesman said the crew of the Vietnamese tanker have normal access to consular services, noting that there will no trouble surrounding the ship as soon as the technical issues are settled.

Khatibzadeh also dismissed the reports claiming that Iran’s ambassador in Vietnam has been summoned over the recent incident.

The Islamic Revolution Guards Corps (IRGC) on Wednesday released footage of its confrontation last month against a US act of piracy targeting an Iranian fuel shipment.

During the episode, American forces confiscated the tanker that was carrying a cargo of Iranian oil in the strategic Sea of Oman, transferring its consignment of crude to another vessel.

The IRGC then staged a maritime operation against the second vessel, landing its helicopters on its deck and navigating the ship towards Iranian waters.

Afterwards, the US forces chased the oil tanker with several helicopters and warships, but their attempt ended in failure after the IRGC’s decisive and firm action.

The American forces once again tried to block the oil tanker’s path with more forces and additional warships, but their attempt ended in failure again.

The oil tanker is in Iran’s territorial waters at present.