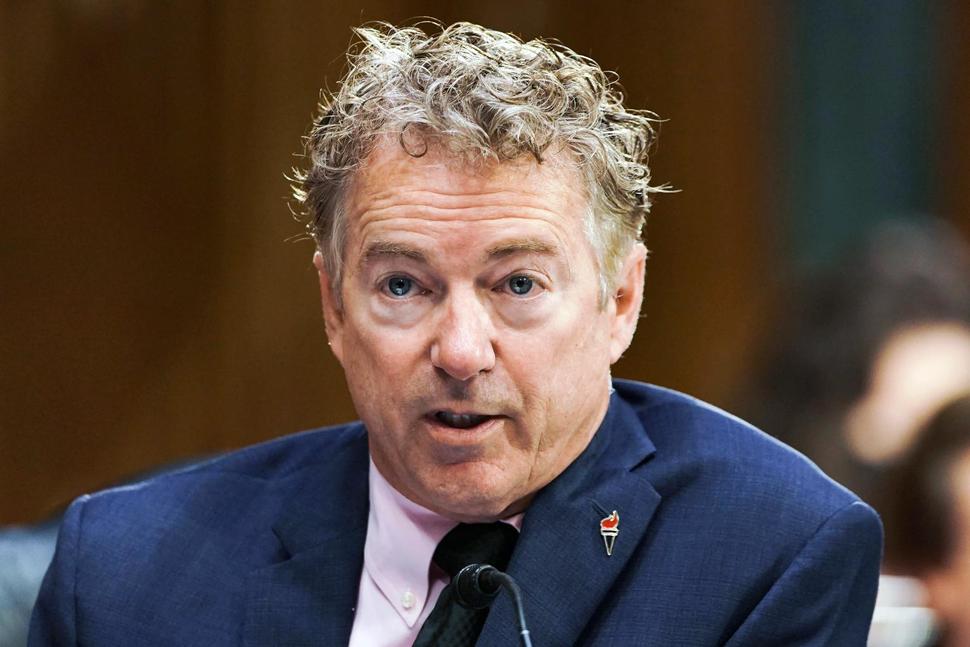 A Kentucky sheriff’s office says a suspicious package sent to the home of U.S. Sen. Rand Paul appears to contain a non-toxic substance.

Paul, a libertarian-leaning former presidential candidate, tweeted Monday that he takes any such “threats immensely seriously” and said he has been “targeted multiple times.”

The FBI is providing forensic and technical assistance in working with the Warren County Sheriff’s Office and Capitol Police, Tim Beam, a spokesman for the FBI’s Louisville office, said Tuesday.

The Warren County Sheriff’s Office said in a social media post that it was contacted by Capitol Police on Monday regarding a suspicious package delivered to Paul’s home in Bowling Green.

The package was taken to the Bowling Green Fire Department and a preliminary analysis identified the substance as non-toxic, the sheriff’s office said. It did not identify the substance.

The substance and package will undergo further analysis, the sheriff’s office said.

Paul’s wife, Kelley, tweeted that she “got the death threat letter” and called the FBI.

“This kind of violent threat is fomented against Rand daily,” she tweeted.

Paul was injured in 2017 when a neighbor tackled him while the lawmaker was doing yard work. Paul suffered broken ribs and eventually underwent lung surgery after he had struggled with what turned out to be a lingering infection in the damaged lung.

Paul has been outspoken during the coronavirus pandemic, saying that masks should no longer be necessary after vaccination. Paul tested positive for the virus in 2020. He recently said he won’t be getting the COVID-19 vaccine, but added that he might change his mind if people who previously contracted the disease are getting reinfected at a greater rate than those who are vaccinated.

Paul is running for a third term in next year’s elections.