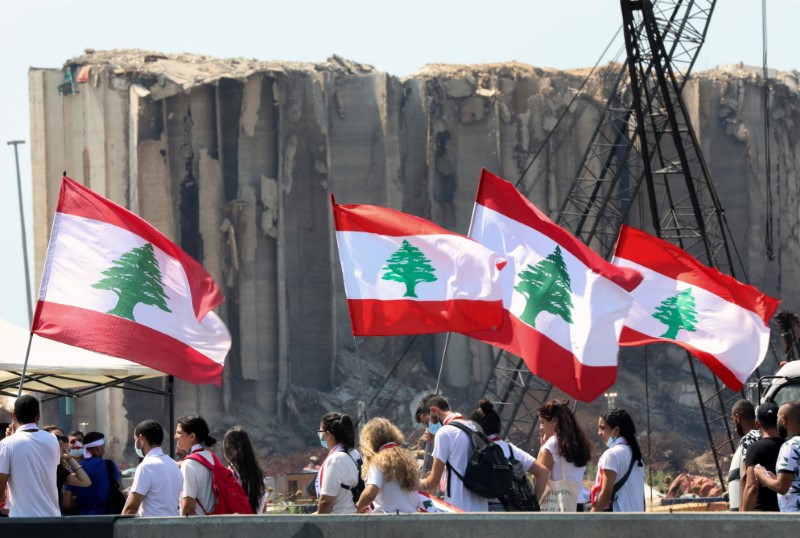 BEIRUT (Reuters) – Several Lebanese parties said on Wednesday they would boycott a parliamentary session called to discuss a proposal that critics say would effectively derail judicial efforts to question senior officials over the Beirut port blast.

More than a year since the Aug. 4 blast, many Lebanese are furious that no senior official has been brought to account for more than 200 lives lost and thousands of injuries.

With leading Christian and Druze groups planning to boycott, it was not clear if there would be enough MPs for quorum at the session called on Thursday by Shi’ite Speaker Nabih Berri.

The only item on the agenda is the petition from a group of MPs asking that the senior officials including the caretaker prime minister be referred to a special council that hears cases against former presidents and ministers.

The Christian Lebanese Forces said the petition was an attempt to obstruct the judicial probe. MPs aligned with Druze leader Walid Jumblatt said it would “obstruct reaching the truth”.

If approved, the petition would first lead to a parliamentary inquiry, said Nizar Saghieh, head of The Legal Agenda, a research and advocacy organisation.

The process could lead to a trial by the special council if two-thirds of MPs voted for one, he said, adding that the inquiry could go on indefinitely.

“The aim of the petition is to create a parallel parliamentary inquiry and consequently to confuse the judicial inquiry,” he said.

It seeks permission for those three, in addition to caretaker Prime Minister Hassan Diab and Youssef Finianos, another former public works minister, to be referred to the special council.

Khalil and Zeitar are both senior members of Berri’s Amal Movement and allies of the Iran-backed, Shi’ite group Hezbollah. Finianos belongs to a Christian faction that is allied to Hezbollah.

Bitar has not commented on the accusation.