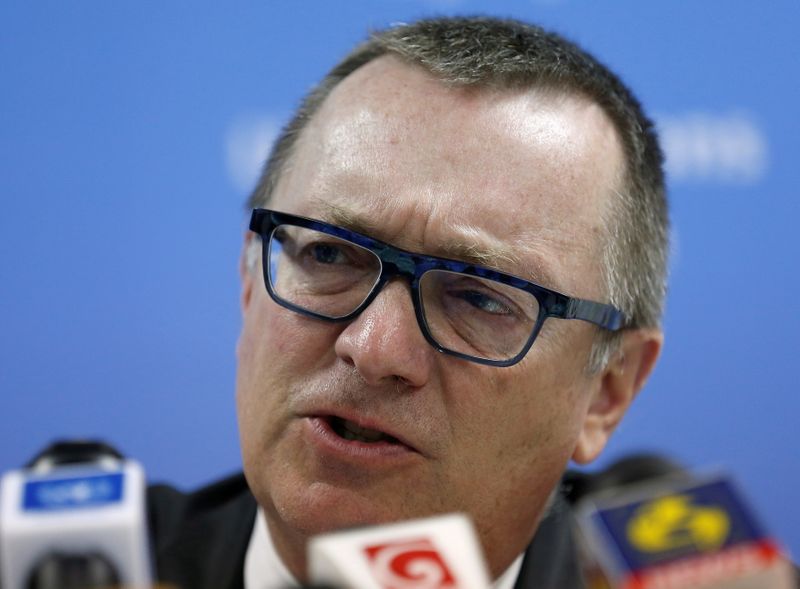 By Michelle Nichols and Humeyra Pamuk

After leaving the United Nations in 2018, Feltman was happy in what he dubbed “quasi-retirement” and “government service fell into the ‘been there done that’ category.” Then, as rumors swirled that the Biden administration would ask him to be the U.S. envoy on Syria, he was instead asked to take on the Horn of Africa.

“My sense of duty kicked in,” Feltman, 62, who spent more than 25 years as a U.S. diplomat, told the U.S. Institute of Peace on Tuesday.

Feltman took up his U.S. role in April – five months into a conflict in Ethiopia’s Tigray region between forces loyal to the Tigray People’s Liberation Front (TPLF) and the army of Prime Minister Abiy Ahmed, who was awarded the Nobel Peace Prize in 2019 for settling Ethiopia’s longtime conflict with Eritrea.

Aside from trying to bring an end to the fighting in Ethiopia, Feltman is also contending now with a military coup in Sudan, where he traveled two weeks ago. Now he is in Ethiopia.

Then in 2017, Feltman visited North Korea – the highest-level U.N. official to visit since 2011 – describing his four-day trip at the time as “the most important mission I have ever undertaken.” It came amid former U.S. President Donald Trump’s blunt rhetoric and sanctions campaign against Pyongyang.

Six months after Feltman’s visit, Trump first met with North Korean leader Kim Jong Un in Singapore in a failed bid to get Kim to give up his nuclear and ballistic missile programs.

Former U.N. aid chief Mark Lowcock, who worked alongside Feltman for a year, praised him as deeply knowledgeable and “unusually creative in solving problems.”

“He was always good at spotting when leaders realized the direction they were heading in was going to land them in deep doo-doo and helping them change course without unhelpfully rubbing their faces in it,” Lowcock, who is now a fellow at the Center for Global Development, told Reuters.

But some Ethiopians are wary of Feltman, questioning his 2012 visit to the country as a top U.N. official. He represented the United Nations at the funeral of Ethiopian strongman Meles Zenawi, who led the country for more than 20 years, promoting economic growth while clamping down on dissent.

“I had no idea … that a ceremonial, representational appearance would – nearly a decade later – be fodder for misinformation on social media: that the newly appointed U.S. Special Envoy for the Horn of Africa was somehow hopelessly partisan, in favor of a man I never actually met,” Feltman said.

He is again in Ethiopia amid a growing conflict in Africa’s second most populous country that has killed thousands of people, forced more than two million from their homes, and left 400,000 people in Tigray facing famine.

Abiy declared a state of emergency on Tuesday as the Tigrayan forces threatened to push forward to Addis Ababa. Then in a speech on Wednesday he pledged to bury his government’s enemies “with our blood” as he marked the start of the war in the Tigray region one year ago.

“We do not believe that either side will be able to assert themselves militarily … they will not be able to win militarily. So we’ve been saying that one needs to look at other means,” Feltman said on Tuesday. “We’re not getting much response, the military logic is still prevailing.”

(Reporting by Michelle Nichols in New York and Humeyra Pamuk in Washington; Editing by Mary Milliken and Grant McCool)