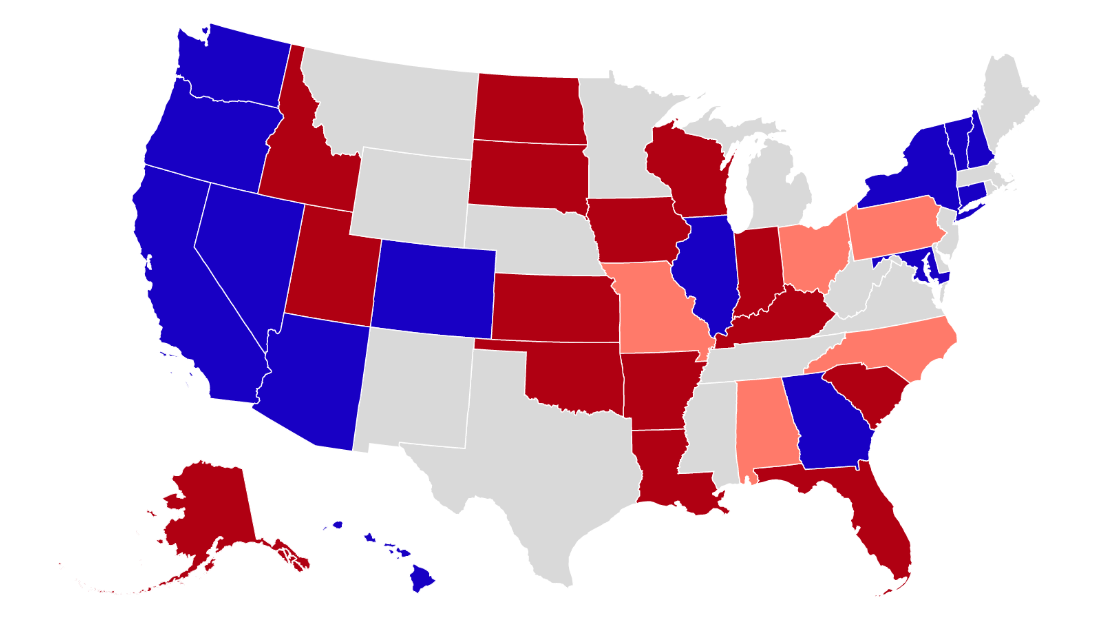 The first is that former Missouri Gov. Eric Greitens (R), who resigned from office in 2018 amid a series of allegations of sexual and campaign misconduct, is running for the open Senate seat of Roy Blunt (R).
The second is that Alabama Rep. Mo Brooks (R), one of Trump’s most ardent defenders and a believer in the idea that the 2020 election was somehow stolen from the 45th president, is running for the open seat being left behind by retiring Sen. Richard Shelby (R).
Both Greitens and Brooks made sure to mention their support for former President Donald Trump in announcing their candidacies.
“They need somebody who’s going to go as I will, as I’m committed to do, to defending President Trump’s America First policies and also to protecting the people of Missouri from Joe Biden, Nancy Pelosi and Chuck Schumer’s radical leftist agenda,” said Greitens of Missouri voters.
Said Brooks in his announcement: “Our republic’s election system, which is the underpinning of every republic, is under attack, In 2020, America suffered the worst voter fraud, and election theft, in history.”
So, Greitens and Brooks are in. And that is a major problem for the likes of Senate Minority Leader Mitch McConnell, who badly wants to become Senate MAJORITY Leader Mitch McConnell following the 2022 election.
Why? Simple. Both Brooks and Greitens, by dint of their unstinting loyalty to Trump — not to mention their high profiles in their states — will likely start as the frontrunners for the respective Republican nominations in both states.
Which is the problem. Because, for different reasons, Greitens and Brooks could well put what should be safe Republicans seats in some jeopardy if they wind up as the GOP nominees.
Greitens, after all, resigned under pressure as governor following revelations of a 2015 affair with a woman who testified under oath to state lawmakers that she felt forced into sexual acts by him — and that he had threatened to make public explicit photos of her unless she stayed silent about the affair. Greitens admitted the affair but denied the other allegations.

On Brooks’ part, he has been perhaps the single most outspoken advocate of the Big Lie that the 2020 election was stolen. He was the first member of Congress to announce that he would object to Electoral College certifications in a handful of states. He spoke at the January 6 “Stop the Steal” rally that led to the insurrection at the US Capitol. And even in the aftermath of that riot, Brooks insisted, without evidence that left wings groups like Antifa had been behind the riot.
Now, it’s not at all clear that either man’s past statements and background will be disqualifying for voters — either in a Republican primary or a general election. And in both Missouri and Alabama, the Republican candidate — no matter who it is — starts off with a clear advantage in a general election against a Democrat.
But remember that in order for Republicans to retake the Senate, they need to pick up at least one Democratic seat while not losing any one their own. And while Brooks and Greitens could well hold these two states for Republicans, they each have considerable weaknesses as candidates that could force the national party to spend money to get them over the finish line.
And every dollar (or million dollars) spent to hold Missouri or Alabama is a dollar not being spent on turning a Democratic seat in Arizona or Georgia or Nevada.
The Point: Winning the Senate majority isn’t just about flipping competitive seats. It’s also about putting away what should be non-competitive seats early in the election. The candidacies of Greitens and Brooks will make doing just that much harder for Republicans.