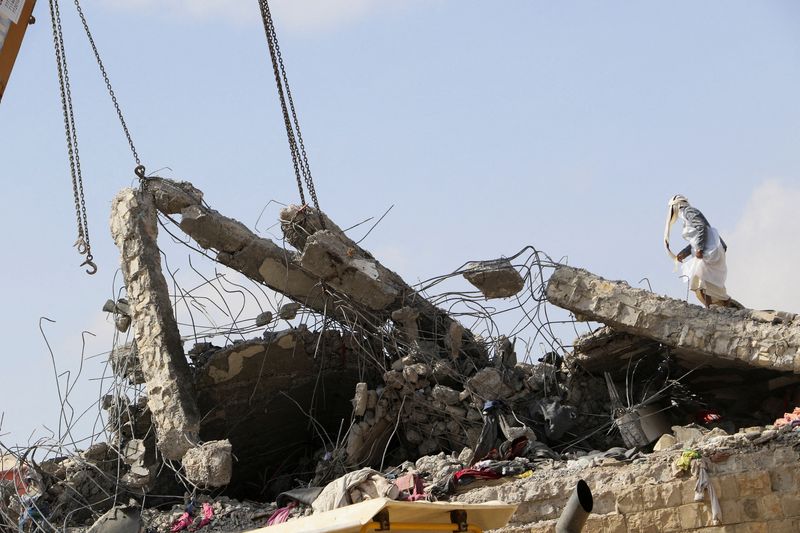 A man walks on the collapsed roof of a detention center hit by air strikes, in Saada, Yemen Jaunary 21, 2022. REUTERS/Naif Rahma

“The coalition will inform the Office for the Coordination of Humanitarian Affairs in Yemen (OCHA) and the International Committee of the Red Cross (ICRC) on the facts and details,” the state news agency said, citing a coalition spokesman.

He said the target in Saada was not on no-targeting lists agreed upon with the OCHA, was not reported by the ICRC and did not meet the standards stipulated by the Third Geneva Convention for Prisoners of War.