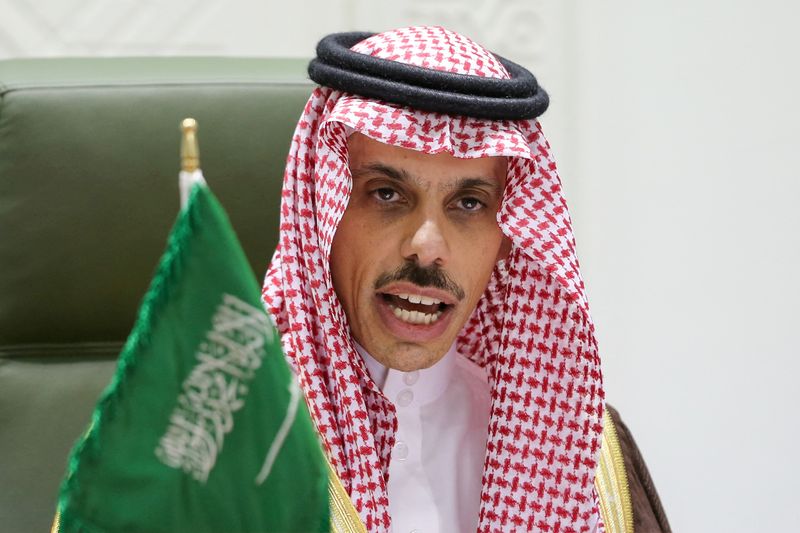 RIYADH (Reuters) – Saudi Arabia’s foreign minister said on Tuesday that Iran appeared to be “stalling” in talks with global powers to salvage a nuclear pact and hoped progress would be made soon.

Prince Faisal bin Farhan al-Saud, speaking at a press conference following a Gulf Arab summit in Riyadh, said the kingdom was in constant contact with parties to the talks in Vienna and the feedback “does not lead to optimism”.

“So far the reports show there is some stalling by Iran and we hope this will turn to progress in the near future,” he said, adding while Gulf states prefer to be part of the talks they would be “open to any mechanism” that addresses their concerns.