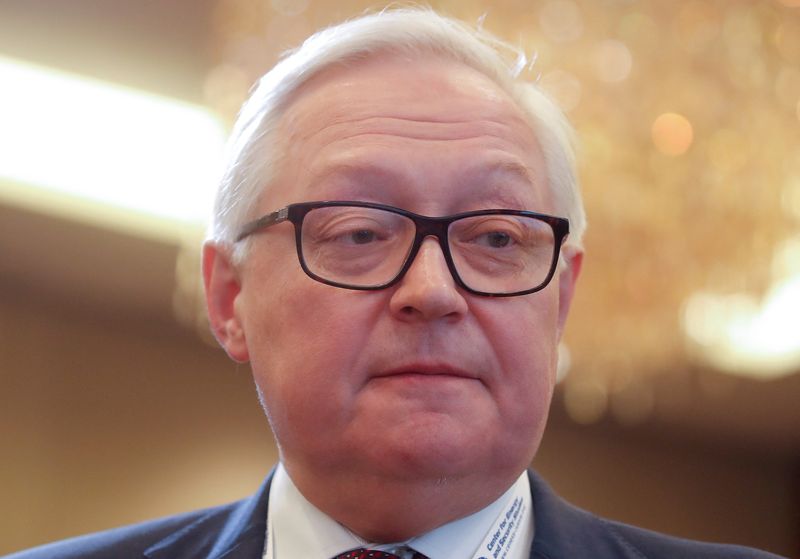 MOSCOW (Reuters) – Russia on Friday warned of the danger of a major confrontation with the West unless the United States and its allies gave serious thought to security guarantees for Moscow, and it also raised the prospect of a European missile crisis.

The comments by Deputy Foreign Minister Sergei Ryabkov at a news briefing in Moscow came amid soaring tensions between Russia and the West over Ukraine and a Russian troop build-up near its borders.

In a top-level video call to defuse the tensions on Tuesday, President Vladimir Putin asked U.S. President Joe Biden for security guarantees for Russia that would halt NATO’s eastward expansion.

Russia has said it is waiting to see where the idea leads, though Ryabkov said it would be “naive” to expect the guarantees to be obtained. Bilateral ties are at their lowest point since the 1991 breakup of the Soviet Union.

“If our opponents on the other side – above all the United States but also other countries, its allies, so-called like-minded countries – if they refuse, and try and torpedo this, they will inevitably get a further worsening of their own security situation,” Ryabkov said.

“Not to agree would mean to move closer towards a big confrontation,” he said.

He also urged the West to seriously consider a long-standing proposal to impose a moratorium on the deployment of short- and intermediate-range missiles in Europe that were banned under a missile pact that collapsed under then-U.S. President Donald Trump.

Ryabkov criticised the United States and its NATO allies for expanding their military capabilities in Eastern Europe.

“We need before it’s too late to avoid a new missile crisis in Europe. The appearance of short- and medium-range weapons on these territories is a direct route to escalating confrontation,” he said.