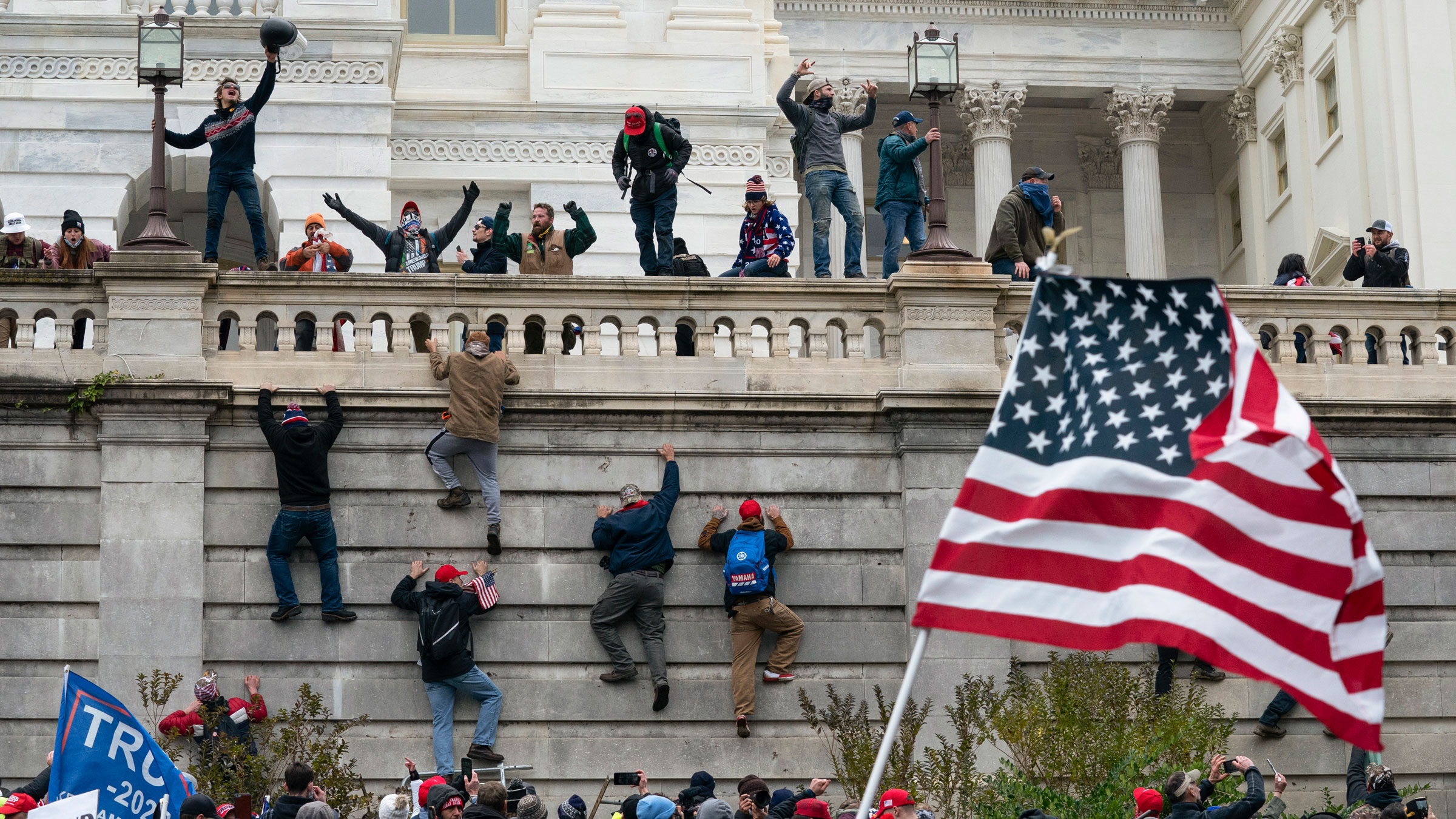 At around 2:30 p.m. ET on Jan. 6, 2021, rioters climbed the walls outside the Capitol, clashing with police and pushing past barriers outside the building. The mob gained entry to the building after storming past police, with some smashing windows to get inside.

After entering the Capitol, rioters began roaming the halls of Congress. Many wore red MAGA hats as they took pictures in Statuary Hall, just off the House floor.

“I’ve never been in this House, how about you?” a woman yelled out to the crowd. “That’s right, we own it. We own you!”

Then-Vice President Mike Pence was evacuated from the Senate, along with Republican Sen. Charles Grassley of Iowa. As the president pro tempore, Grassley is third in the line of succession to the President, behind Pence and House Speaker Nancy Pelosi.

Shortly after 2:45 p.m. ET, as chaos descended on the Capitol, rioters entered the Senate chamber, with several posing for photos behind the dais.

At 2:48 p.m. ET, Washington, DC, Mayor Muriel Bowser announced a citywide curfew in response to the escalating situation at the Capitol. She set the citywide curfew for Washington from 6 p.m. ET until the following day at 6 a.m. ET.

Police were able to clear the rioters from the Senate floor at around 3:25 p.m. ET. Rioters were squeezed away from the Senate wing of the building and moved toward the Rotunda.