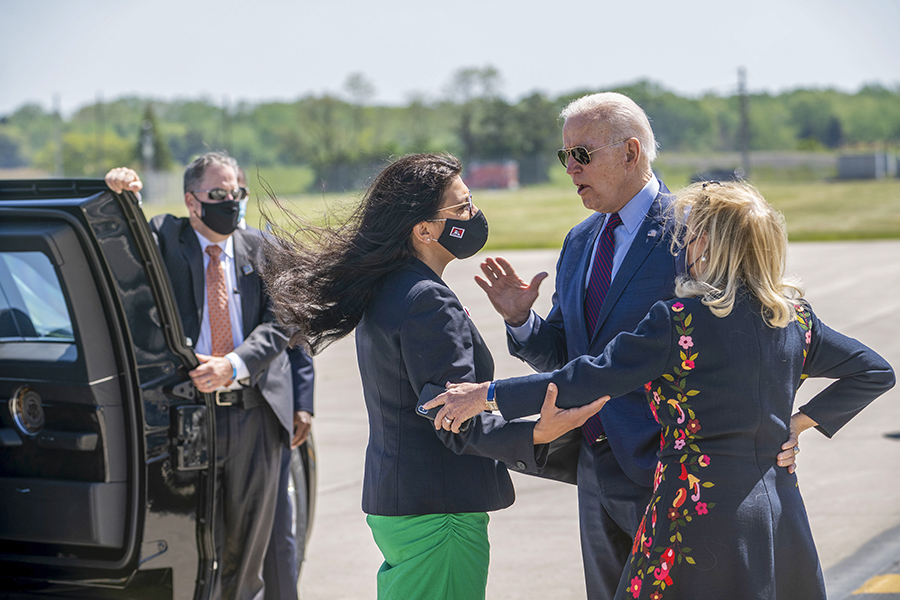 Biden’s juggling act on Israel, always a challenge for a U.S. president, is especially difficult given that Democrats are no longer solidly in Israel’s corner

But the State Department has physically dispatched to the region only a midlevel official, the deputy assistant secretary of state for Israel and Palestinian affairs, Hady Amr.

Some former Obama administration officials recall as a cautionary tale Secretary of State John Kerry’s failure to secure a cease-fire in Israel’s 2014 Gaza conflict, which raged for two weeks after Kerry visited the region in a futile bid to stop the fighting.
In the short term, senior Biden administration officials hope an initial pause in the crossfire will allow for humanitarian aid to reach Palestinians who have fled or lost their homes and serve as a step to a lasting cease-fire.
But such hopes have been dashed before. After his first two conversations with Netanyahu last week, Biden expressed his “expectation and hope” that the conflict was nearing an end. More than 100 innocents have been killed in the fighting since then.
Asked why Biden had not publicly called for a cease-fire as had dozens of congressional Democrats, a senior administration official said that doing so could be counterproductive and prolong the violence. Some analysts agree that such calls may inspire defiance among Netanyahu, his political allies and the Israeli public.
Oren said that he believed that Biden’s publicly supportive posture toward Israel, which has drawn an increasing number of complaints from congressional Democrats, is motivated in part by indirect negotiations with Iran this month in Vienna that are aimed at restoring the nuclear deal with Tehran, another of Biden’s top priorities.
“I wouldn’t be surprised if, in the aftermath of this conflict, the Biden administration would say to the Israeli government: ‘You see how we supported your right to defend yourself against Hamas? Trust us to ensure your defense as we renew the Iran nuclear deal,’” Oren said.
It is not clear whether that is a message that Biden would deliver to Netanyahu himself, however. The Israeli leader faces criminal charges, and he has struggled to form a governing coalition that would prevent him from the likelihood of losing power for the first time since 2009.
Media Agency in MI USA | Apadana Media