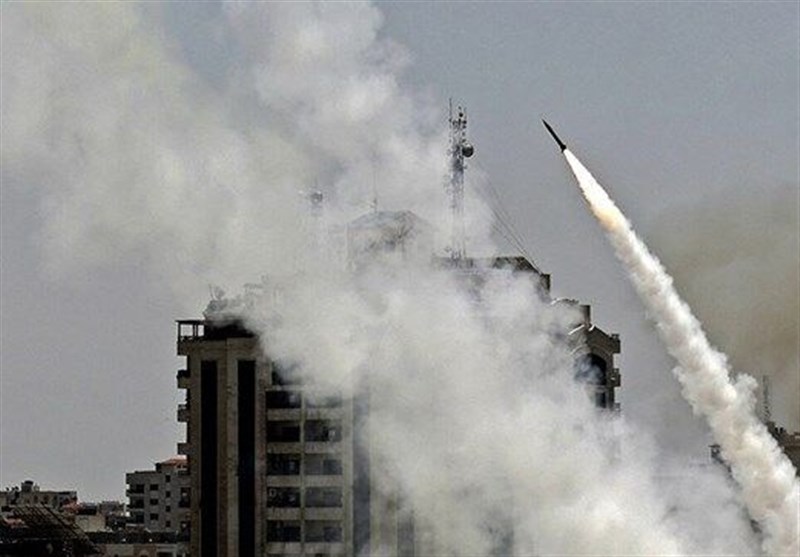 A fresh round of retaliatory attacks on the occupied territories was launched by Palestinian resistance groups as the Israeli regime continues with a deadly onslaught against civilians in the besieged Gaza Strip despite international calls for a halt to the week-long conflict.

Israeli media said the rockets were launched in the early hours of Wednesday at the cities of Ashdod, Ashkelon and Beersheba, sending settlers scrambling for shelter.

Reports also said huge explosions and plumes of smoke had been sighted near Tel Aviv and made rocket warning sirens to go off.

The news agency said Israeli warplanes had targeted, with at least 40 missiles, nearly 70 locations in the cities of Rafah and Khan Younis, in the south of Gaza, leaving at least seven people injured who were transferred to hospitals for medical treatment.

On Tuesday evening, the Gaza-based Hamas resistance movement’s armed wing, Ezzedine al-Qassam, announced that it had targeted six Israeli air bases in response to the raids on the coastal enclave.

The group said its missiles had struck the bases of Hatzor, Hatzerim, Nevatim, Tel Nof, Palmachim and Ramon.

The blockaded Gaza Strip and the occupied West Bank have been simmering with rage in the past weeks over the regime’s scheme to forcefully and illegally expel dozens of Palestinians from their homes in the volatile Sheikh Jarrah neighborhood of the Old City in occupied East Jerusalem al-Quds as part of a long-running scheme to Judaize Palestinian lands.

The anger further intensified earlier this month with Israeli attacks on Palestinian worshipers in the al-Aqsa Mosque complex during the fasting days of the holy Muslim month of Ramadan.

Since last Monday, the Tel Aviv regime has been launching large-scale airstrikes across Gaza, razing homes and civilian infrastructure to the ground.

The Palestinian resistance movement of Hamas and other groups have retaliated by firing thousands of rockets toward the occupied Palestinian lands, with many of the projectiles having flown into the depths of the territories.

The Tel Aviv regime has confessed that more than 3,450 rockets have so far been launched from Gaza, with some being intercepted by the so-called Iron Dome missile system.

Gaza medical officials say 217 Palestinians have been killed, including 63 children, and more than 1,400 wounded since the Israeli assault began on May 10. Israeli authorities put the number of deaths in the occupied territories at 12.

Despite international calls for an immediate halt of all hostilities, including from UN Secretary General Antonio Guterres, Israeli Prime Minister Benjamin Netanyahu has pledged that the onslaught will continue.