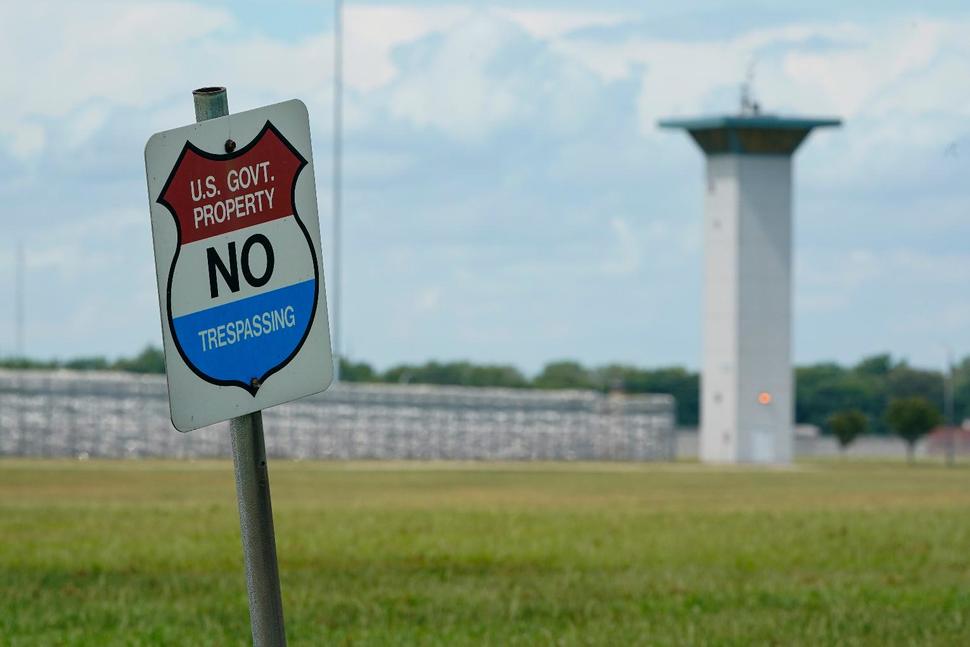 Over the past 18 months, 29 prisoners have escaped from federal lockups across the U.S., and nearly half still have not been caught.

Over the past 18 months, 29 prisoners have escaped from federal lockups across the U.S. — and nearly half still have not been caught. At some of the institutions, doors are left unlocked, security cameras are broken and officials sometimes don’t notice an inmate is missing for hours.

At one Texas lockup, security is so lax that local law enforcement officials privately joke about its seemingly “open-door policy.”

Prisoners have broken out at lockups in nearly every region of the country. Twelve of the inmates who escaped in 2020 — from prisons in Florida, California, Louisiana, Texas and Colorado — remain at large. Two others who escaped since January this year have also not yet been caught. Their crimes include racketeering, wire fraud, bank robbery, possession of methamphetamine and possession with intent to distribute methamphetamine and other drugs.

All of the escapes happened at minimum-security federal prison camps, some of which don’t even have fences, and house inmates the Bureau of Prisons considers to be the lowest security risk.

“Anybody can escape from any camp any minute of any day,” said Jack Donson, a prison consultant and former case manager at a federal prison in Otisville, New York. “They’re not secure facilities. They have no fence, no metal detectors.”

The numbers raise serious concerns that the agency long besieged by chronic mismanagement, misconduct and a severe staffing crisis is failing at performing its most basic function: keeping prisoners in prison. While a Justice Department budget report submitted to Congress said the Bureau of Prisons had no escapes from secure facilities, it does not count those who escape from minimum-security prisons or camps.

Federal officials often refer to them as “walk-aways,” though it is still an escape from federal prison under the law and law enforcement officials say there is still a risk to the community when an inmate absconds.

Federal prison camps were originally designed with low security to make operations easier and to allow inmates tasked with performing work at the prison, like landscaping and maintenance, to avoid repeatedly checking in and out of a main prison facility. But the lax security has now not only opened a gateway for contraband but is also the source of most of the prison system’s escapes.

Aside from Texas escapees, law enforcement officials have also routinely learned of inmates at the prison just walking off the grounds to retrieve drugs and other contraband that is dropped off in the woods and then bringing the illegal items back inside with them.

It has become routine at FCI Beaumont for cars to drop drugs, cellphones and other contraband in the woods, leaving them for inmates to break out of the prison at night and pick up the items before sneaking back inside, according to a law enforcement official familiar with the matter. The official could not discuss the investigations publicly and spoke to The Associated Press on condition of anonymity.

The Texas escapes, at least, have attracted the attention of the Justice Department’s inspector general. The office issued a memorandum this week highlighting glaring security gaps at Beaumont and other federal prison camps.

In one case, four inmates sneaked out and went undetected for more than 12 hours even though prison officials conducted three inmate counts overnight during the 12-hour period, according to an inspector general’s report. The inmates put dummies in their beds to trick the officers, the report said.

“These are very small, unsecure facilities,” said Cameron Lindsay, a retired Bureau of Prisons warden who now testifies as an expert witness on prison matters. Because of their size and the generally low risk the inmates pose, federal prison camps often have the lowest levels of staffing in the Bureau of Prisons’ system, sometimes with just one officer working to supervise inmates during a shift, he said.

In a statement, the Bureau of Prisons said that it strives to ensure safety and security at every one of its prisons and that when an inmate “walks away” from a prison, officials will notify other law enforcement agencies and the media. The agency stressed that the inmates who are placed at the minimum-security camps are the lowest risk offenders who “pose minimal risk to the community” and generally are allowed to participate in outdoor work programs and other initiatives.

“The BOP remains vigilant in its efforts to maintain safe and secure institutions at all times,” the agency said. Officials said a review is conducted following every escape to determine “if any security weakness exists and if warranted, corrective actions are taken.”

In Beaumont, officials said they were building a fence around the prison, repairing the broken door alarms, adding and upgrading video cameras and putting up additional lights. The agency said it was also considering adding additional staff members at some of the prison camps.

“We take seriously our duty to protect the individuals entrusted in our custody, as well as maintaining the safety of correctional staff and the community,” agency officials said in the statement.

The Bureau of Prisons has been plagued by chronic violence, significant security issues and persistent staffing shortages for years. The AP reported last month that nearly one-third of federal correctional officer jobs in the United States are vacant, forcing prisons to use cooks, teachers, nurses and other workers to guard inmates.

The expanded use of that practice, known as augmentation, has been raising questions about whether the agency can carry out its required duties to ensure the safety of prisoners and staff members while putting in place programs and classes required under the law.

The Bureau of Prisons insists its latest hiring initiative is bringing on additional personnel to close the gaps.