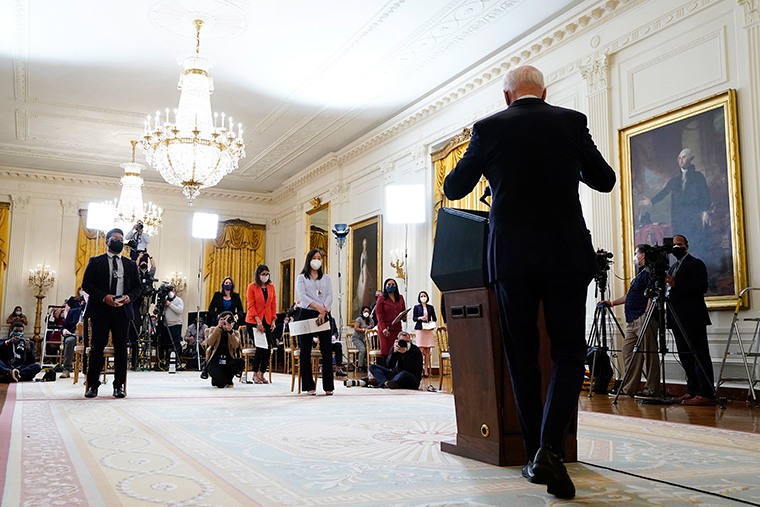 President Biden is addressing the surge of migrants on the US-Mexico border and his administration’s response.

Biden is not the first US president to face a growing number of migrants at the US-Mexico border — and he won’t be the last. Fluctuations in migration flows are common, regardless of which party is in power, as was evident in 2019 during the border crisis under then-President Trump.

It’s difficult to compare today’s situation with those of recent years because of the drastically different circumstances, in part relating to the pandemic. There are several factors at play — including deteriorating conditions in Latin America, pent-up demand to enter the US and a perceived relaxation of enforcement under Biden — that are driving migrants to the border at what appears to be an accelerated pace.

As far as unaccompanied minors, the number of children arrested at the border in March will likely easily surpass the high during May 2019, when around 11,400 unaccompanied children were arrested, according to preliminary government data CNN has reviewed.

The trend is unmistakable. In February, more than 9,200 unaccompanied children were arrested by US Border Patrol on the US-Mexico border, up from 5,694 in January, according to the latest available CBP statistics.

In May 2019, at the height of that crisis, 11,475 unaccompanied kids were arrested by US Border Patrol. In February of that year, 6,817 unaccompanied children had been arrested.

We’re still early in the year, which is why the accelerated pace of arrests is so concerning. Seasonal trends tell us numbers go up in the spring and summer.

Read more about the situation here.