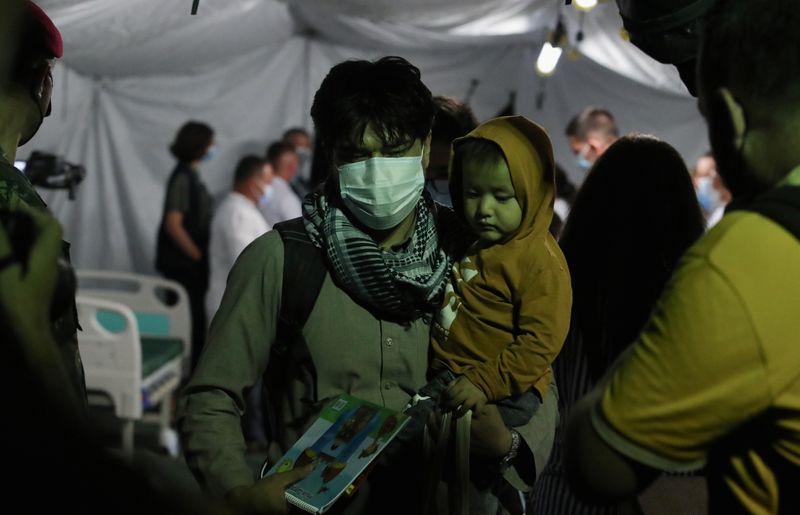 TIRANA (Reuters) – A plane carrying 121 people evacuated from Afghanistan and in transit to the United States arrived in Albania’s Tirana airport early of Friday.

Passengers included babies, children and people in wheelchairs, all of whom had their temperatures checked upon arrival and were taken to tents for registration and some food, a Reuters photographer at the scene said.

The plane arrived from Tbilisi where the Afghans had been flown to from Kabul, Albanian media reported.

The Afghans are now expected to be taken to hotels in the coastal town of Durres, where they will stay until they are vetted by U.S. security and immigration authorities and their documentation for U.S. immigration visas is arranged.

Albania and North Macedonia, both NATO members, as well as Kosovo, agreed to a proposal by U.S. President Joe Biden’s administration to serve as transit countries for Afghan refugees whose final destination is the United States.