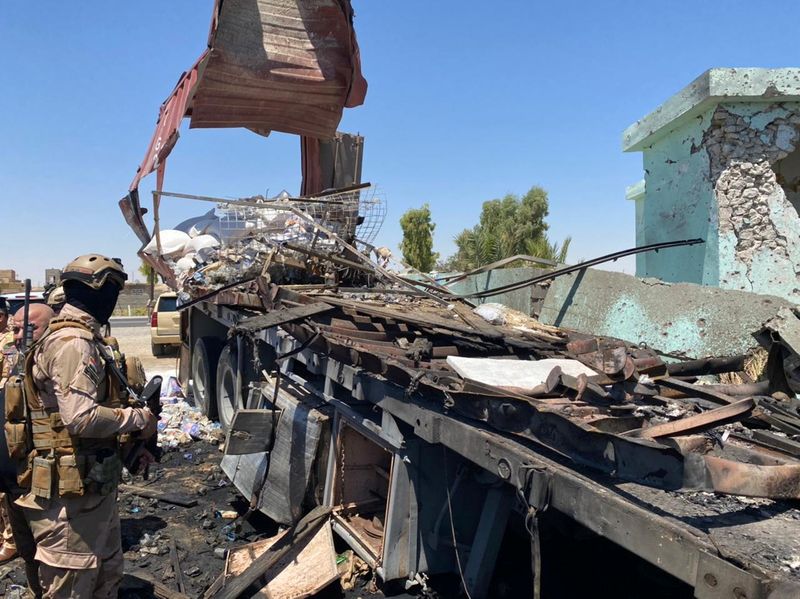 WASHINGTON (Reuters) – The Pentagon said on Thursday it was deeply concerned about a series of attacks on U.S. personnel in Iraq and Syria in recent days.

U.S. diplomats and troops in Iraq and Syria were targeted in three rocket and drone attacks on Wednesday alone, including at least 14 rockets hitting an Iraqi air base hosting U.S. forces, wounding two American service members.

While there were no immediate claims of responsibility for the attacks – part of a wave targeting U.S. troops or areas where they are based in Iraq and Syria – analysts believed they were part of a campaign by Iranian-backed militias.

“They are using lethal weaponry. I don’t know how you can say anything other than it is a serious threat,” Pentagon spokesman John Kirby told reporters.

Iraqi militia groups aligned with Iran vowed to retaliate after U.S. strikes on the Iraqi-Syrian border killed four of their members last month.

The United States has been holding indirect talks with Iran aimed at bringing both nations back into compliance with the 2015 Iran nuclear deal, which was abandoned by then-President Donald Trump. No date has been set for a next round of the talks, which adjourned on June 20.