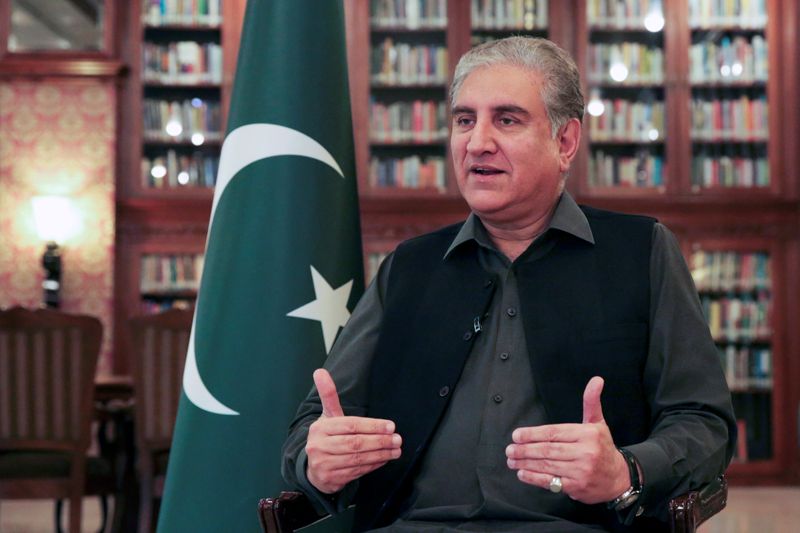 ISLAMABAD (Reuters) – Pakistan on Wednesday suggested inviting Taliban-run Afghanistan to a regional forum of six countries to help avert a humanitarian and economic crisis in the country.

“I also suggest that we may give consideration to the idea to invite Afghanistan in future,” Qureshi said.

“Participation of Afghanistan will augment this forum’s effectiveness in pursuing our shared objectives for lasting peace and stability in Afghanistan.”

An opening statement at the conference said the neighbours agreed on closer cooperation to avert a looming humanitarian disaster in Afghanistan.

The United Nations has said basic services are unravelling in Afghanistan, with food and other aid about to run out. More than half a million people have been displaced internally this year.

“In the wake of recent developments, the key priorities are to prevent a humanitarian crisis that can exacerbate the suffering of the Afghans,” Qureshi said in a live telecast, reading from a statement. “Equally important is to take steps to prevent economic meltdown in the country.”

Afghanistan’s neighbours would require a coordinated approach to cope with challenges stemming from the regime change in Kabul after U.S. and NATO forces left, the statement said.

It said those challenges included border security, preventing Afghan soil from being used as a base for terrorism and a possible influx of refugees.